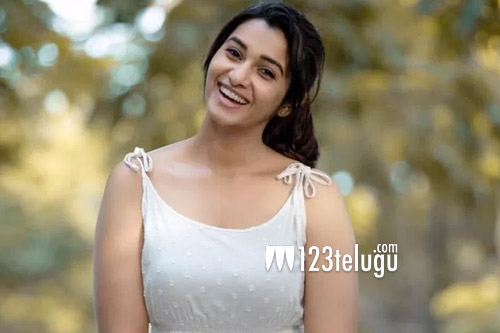 Young Tamil actress Priya Bhavani Shankar is familiar to Telugu audiences with her recent film Enugu which had Arun Vijay in the lead role. She is playing a major role in Naga Chaitanya’s debut web series Dootha, which will be premiered in 2023 on Prime Video.

Today the actress shared a special post on Instagram where she mentioned she fulfilled her biggest dream of having an own house by the side of a beach. She shared a picture with her boyfriend, Rajvel, enjoying this sweet moment.

She added that she had this desire to spend their evenings looking at the moon rise by the sea since she was 18. On the work front, Priya Bhavani Shankar will next feature in Indian 2, Demonte Colony 2, Pathu Thala, and Rudhran.