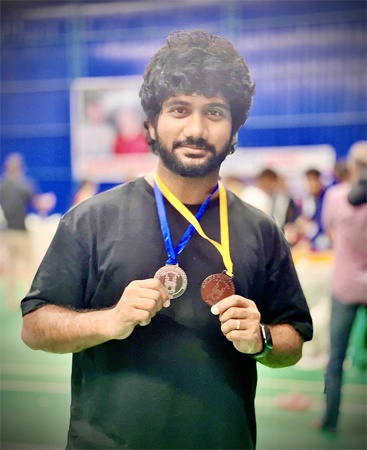 Young and talented Tollywood director Prasanth Varma is currently busy shooting for his next titled Hanu-Man, the first-ever superhero movie in Telugu. Teja Sajja is playing the title role, while Amritha Aiyer is the heroine.

It is known that Prasanth Varma is a good Badminton player. His interest in the sport made him win a couple of medals in the recently happened Telangana Masters Games Association Tournament. He won Bronze and Silver medals in the competition and flaunted them to netizens. The director has been receiving accolades from his followers and others as well.

On the work front, the director has recently announced another crazy superhero project called Adhira. Ace producer DVV Danayya’s son Kalyan will be seen as the protagonist in this action movie, which will commence its shoot post Hanu-Man’s release.