Youngsters are doing a lot of movies these days: Dil Raju on clashes
Published on Feb 1, 2018 2:24 pm IST 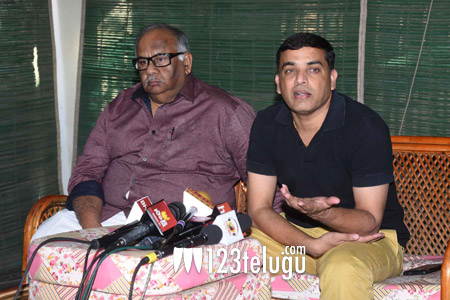 Fans of Mega heroes Sai Dharam Tej and Varun Tej were on tenterhooks until recently, as Inttelligent and Tholi Prema were clashing with each other on February 9. However, Tholi Prema’s makers postponed their film to February 10 and averted the clash.

Tholi Prema’s producer BVSN Prasad and the film’s distributor and leading producer Dil Raju interacted with the media recently and said that they have postponed their film only to avoid confusion among the fans.

Dil Raju went on to say that youngsters are signing a lot of movies these days and that’s leading to clashes as at least 4, 5 movies are hitting the screens each Friday.