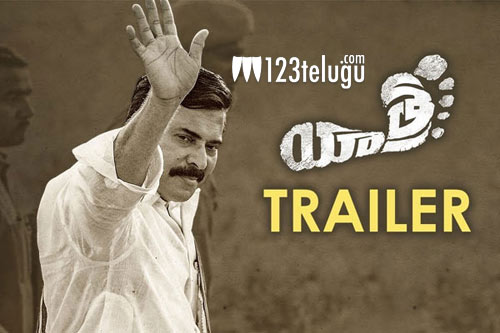 The most eagerly awaited theatrical trailer for Yatra, the biopic on former Chief Minister of erstwhile Andhra Pradesh YS Rajasekhara Reddy, has been launched this evening. Mollywood star Mammootty has reprised YSR’s role in the film.

Yatra’s trailer showcases how YSR’s historic Padayatra began way back in 2004 and how YSR became the Messiah for the common people during his 68-day walkathon across the erstwhile Andhra Pradesh. Mammootty’s striking makeover as YSR and the earnestness in his portrayal of the iconic leader are the major highlights of this emotionally impactful trailer.