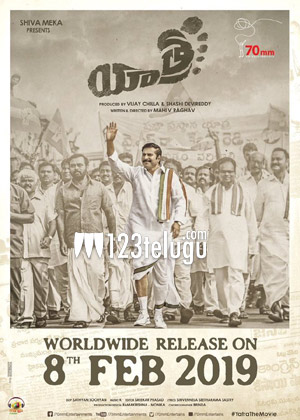 Yatra, the prestigious biopic on former AP CM YS Rajasekhara Reddy, is one of the most eagerly awaited movies. Veteran Mollywood star Mammootty is reprising YSR’s role in the film.

According to the latest updates, Yatra will be hitting theaters worldwide on February 8. Yatra will be a tribute to YSR’s iconic Padayatra and his messiah-like popularity among millions of his followers. Currently, the film’s post-production formalities are underway in full swing.

Mahi V Raghav is directing Yatra and Vijay Chilla and Shashi Devireddy are jointly producing it under 70mm Entertainments banner.