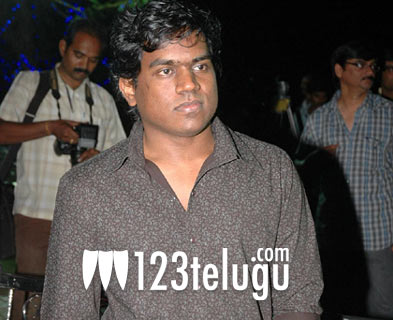 Yuvan Shankar Raja can’t stop raving about his father, Ilayaraja’s compositions for Gautham Menon’s upcoming film Yeto Vellipoyindhi Manasu. The ace music director has sung one of the songs for the film’s Tamil version ‘Neethane En Ponvasantham’. After listening to the final track of one of the songs, Saindhu Saindhu, he tweeted, “Been tripping on saindhu saindhu like mad really blessed to be a part of that song..unimaginable music.. dad’s great. I was speechless when I heard the final version OMG it’s pure music that’s what I call it thanks to gautham for making me sing that song:-) We all are music directors but my dad is a true music composer.” The film’s Tamil version stars Jiiva and Samntha and the Telugu version has Nani and Samantha in lead roles. Ilayaraja has composed the music. The film is expected to hit the screens in September this year.