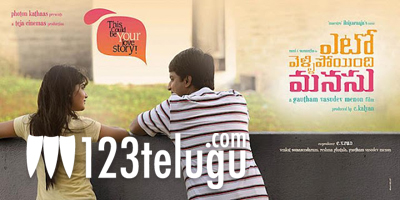 The theatrical release of Gautham Menon’s upcoming film Yeto Vellipoyindhi Manasu has been pushed to mid December. Earlier, there were rumours that the film might release either in the last weekend of November or the first week of December. According to the latest reports, Gautham Menon has decided to release the film in both Telugu and Tamil on December 14. Nani and Samantha have played the lead roles in this romantic film which spans across three stages of their life and depicts how they fall in love as days go by. Ilayaraja’s soulful music is already a big hit with the audience. The film’s post production is in full swing and the publicity campaign is going to begin shortly. C Kalyan is producing the Telugu version on Teja cinema banner.