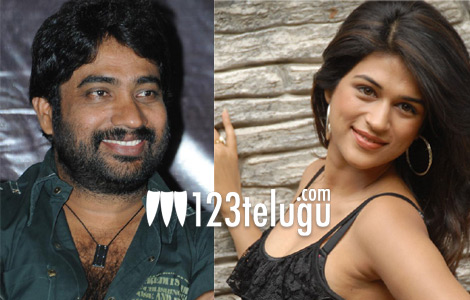 YVS Chowdary has a special place in his heart for his lead actresses. He has worked with some top actors since the beginning of his career and later introduced Ileana in Devdas, who went on to become a big star in Telugu. Currently, he’s busy wrapping up his upcoming film Rey which has Sai Dharam Tej, Saiyami Kher and Shraddha Das in lead roles.

Few days ago he stated that Saiyami Kher will be a star heroine in future and now he has praised Shraddha Das, although in a different way. “I used to be a big fan of Jyothi Lakshmi and Silk Smitha during their heydays and I used to eagerly look forward to their appearances in films. After a long time, I finally saw the features of Jyoti Lakshmi in Shraddha Das, who’s playing an important role in Rey. Her character’s name is Jenny and she’s an American popstar who can’t tolerate any competition. Shraddha is sizzling hot in the film,” YVS Chowdhary said.

Rey’s shooting is currently happening in Hyderabad. YVS Chowdary is directing and producing the film. Rey is expected to hit the screens in summer this year.