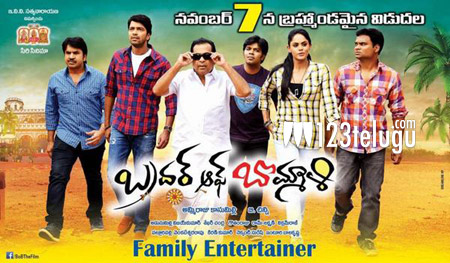 Comedy King Allari Naresh’s latest offering ‘Brother of Bommali’ has recently wrapped its principle shooting. The latest update is that Zee Telugu has bought the satellite rights of this comedy entertainer for a whopping 4 crores. The film’s audio and trailers are creating a huge buzz and the producers will soon announce the official release date.

Monal Gajjar is playing the female lead in this film while Karthika plays the crucial role of Naresh’s twin sister. Directed by B. Chinni, this film also features Harshvardhan Rane, Ali, Brahmanandam, Jayaprakash Reddy, Naagineedu and Vennala Kishore in other prominent roles.