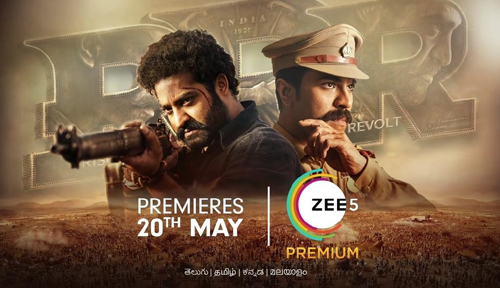 It is all but confirmed that RRR will be streaming on ZEE5 from the 20th of this month. ZEE5 is expected to drop an official update on the same today.

Apparently, ZEE5 is not just lining up RRR’s OTT release date announcement but they are also set to drop the official OTT oriented trailer of the film.

The OTT trailer will be different from the theatrical trailer and the same is expected to be unveiled by ZEE5 today.

Amidst rumors that RRR will arrive on ZEE5 on pay per view basis, the OTT release date announcement is not too far from now.