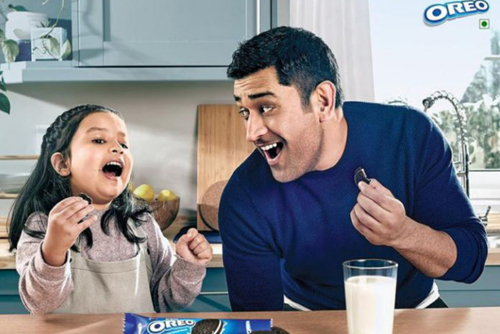 Star Indian cricketer MS Dhoni’s daughter Ziva Dhoni is all set to make her acting debut in a television commercial. Ziva recently acted in an ad film along with Dhoni for popular biscuit brand Oreo. The ad film will be aired on television soon in this month.

Ziva will be turning 5 on the 6th of February. This Dhoni’s doting little daughter often enthralls her fans by making surprise appearances during her dad’s matches. She has a huge fan following and social media platforms are often flooded with her cute photographs.