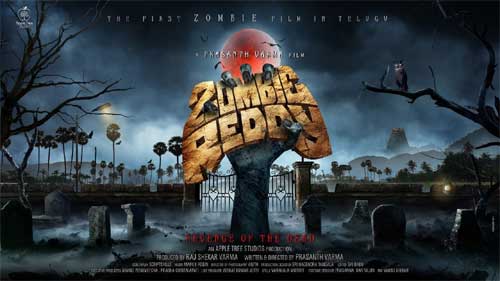 Prashant Varma, director of Zombie Reddy, is betting big on the film’s success. The film’s trailer got a good response and the director says that the idea of having zombies scaring everyone in Rayalaseema will turn into a laugh riot at the cinema halls.

“Zombie Reddy is not a small film. It may not have A-list stars, but that didn’t stop our producer, Raj Sekhar Varma from spending on what’s required for the film. This film wouldn’t have been possible without Raj Sekhar Varma’s support and his faith in me. It was also a physically strenuous film. We had more than 500 zombies in the climax sequence. But I thoroughly enjoyed making this zombie comedy,” the director said in a recent interview.

The film has Teja Sajja, Daksha, and Anandhi in lead roles, and it’ll hit the screens on February 5.