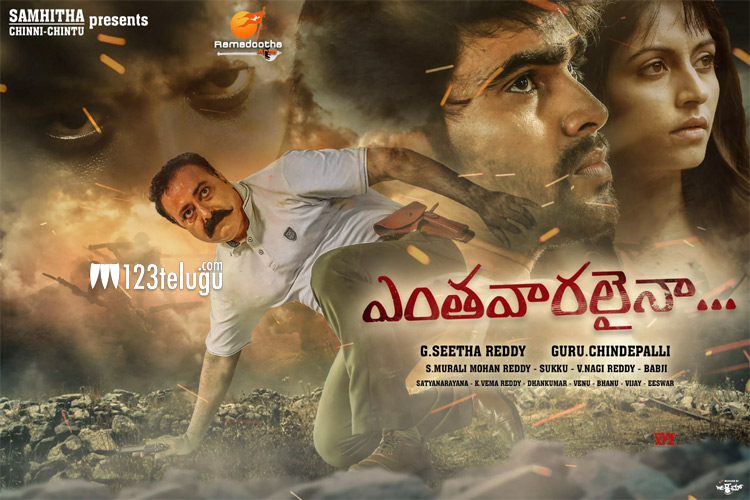 Continuing the trend of low budget films, yet another movie which has hit the screens today is Enthavaralaina. Let’s now see how the film turns out to be.

Krishna(Advaith), a sincere police officer nabs two dreaded criminals who keep killing innocent people for money. As time passes by, things get serious and Krishna gets suspended. In his place, a lady officer named Shailu(Zahida Shyam) takes charge and starts handling the case. Why did Krishna get suspended? Who is the one responsible for all this? How will Krishna handle Shailu and nab the original criminals? To know this, you need to watch the film on the big screen.

Hero Advaith was decent in his role of a cop. Not only with his dialogue modulation but with his energetic fights, Advaith did well in the film. Heroine Zahida looked glamorous and also did a great job in her difficult role.

Alok Jain who played a baddie was the highlight of the film with his negative performance. G Seetha Reddy also gave him ample support in the film. The message showcased that all are equal before law looks good. Music by Sukku is good and is an added bonus to the film.

The first half has many unwanted scenes which could have been avoided. The director takes forever to enter into the main plot and adds silly scenes throughout the first half. Same is the case in the second half as many emotional scenes which looked forced, are elevated for no reason.

A horror element is unnecessarily forced in the pre-climax which could have been avoided. Because of this, the story gets diverted altogether. The characterization of the lead pair is not strong enough and because of this, the film lacks seriousness. The basic drama which needs to click in such films is missing in both the halves.

As told earlier, Sukku’s music is impressive and so was his background score. Production values of the film are top notch. Camerawork by Murali Mohan Reddy was really impressive. Coming to the director Guru, his concept sounds good but his execution was horrible. He added many scenes just for the sake of it and made the film go haywire.

On the whole, Enthavaralaina is a crime horror thriller which fails to create any excitement for the audience. Too many unnecessary scenes, forced emotions, and disappointing narration makes the film go down in no time and ends as a painful watch this weekend.