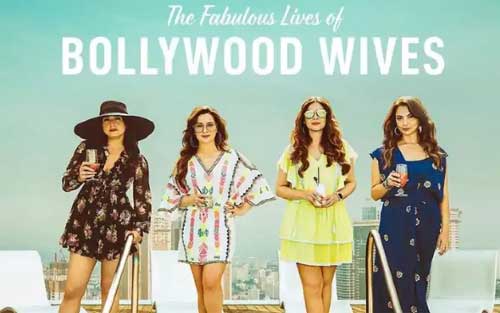 So, continuing the series of reviewing movies and shows, our today’s pick is the reality show Fabulous Lives of Bollywood Wives. Starring Maheep Kapoor, Neelam, Bhavana Pandey, and Seema Khan, the show is available on Netflix. Let’s see how it is.

Netflix is bringing the desi versions of many American shows to India and one such show that has now released is the Fabulous Lives of Bollywood Wives. Starring Neelam Kothari(wife of Sameer Soni), Bhavana Pandey(Wife of Chunkey Pandey), Seema Khan(Wife of Sohail Khan), and Maheep Kapoor(Wife of Sanjay Kapoor), this show deals with the rich and famous Page 3 culture of Bollywood. It takes deep inside the lives of these star wives and how they go on a private girls’ trip and handle fame, money, and media. The icing on the cake is the entry of Shahrukh Khan’s wife Gauri Khan,

The show is all about four-star wives who are also close friends deciding to go on a holiday. This part looks good and has been established well at the beginning of the series. Every star wife has been given a small conflict point and the show basically deals with that aspect. The entry of Shahrukh Khan in a fancy Bollywood party and how he charms the stars is shown in detail.

There are many fans who want to know how these stars and their wives lead their life with rich backgrounds. That part has been nicely showcased by the makers. There is a full dose of glamor, expensive cars, fashion, and close-knit discussions also being revealed.

The production values are top-notch and there is no compromise on this aspect as the show is mostly set in the beautiful locales of Doha. Star entries like Janhvi Kapoor, Arjun Kapoor, and several other star kids make things interesting. The best story of the show was of yesteryear actress Neelam and how she wants to get back to acting.

There is no set template in this show. The shows which are made in the US with the same theme at least have their emotions intact even though the scenes look fake. But with this show, things look forced and staged in many places. Karan Johar joining the show, taking the girls on lunch, all these aspects are just added to create drama but that does not click.

Some of the stories of the star wives look way too staged. Especially, those which deal with Sohail Khan’s wife. The way she deals with her kids and life looks super fake to watch. Also, the manner in which the emotions are rushed just for the sake of the show looks weird. Also, the frequent use of cuss words by the star wives was no needed at all.

On the whole, Fabulous Lives of Bollywood Wives is similar to the US reality show, Keeping Up with the Kardashians, and depicts the lifestyle of star Bollywood wives in India. This show is for those who want to know what happens backdoor in these Page 3 hi-fi lives of star wives. There is glamor, glitz, SRK, and fancy taking. But the emotions and narration are totally fake. If you are okay with this aspect, then go ahead and give this fancy show a shot.