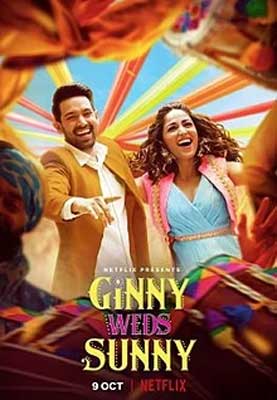 So, continuing the series of reviewing movies and shows during the lockdown period, our today’s pick is the Hindi film, Ginny Weds Sunny. The film is available on Netflix and let’s see how it is.

Ginny(Yami Gautam) is a millennial girl who only wants a love marriage in life. She is fresh from a breakup but does not want to move away from her ex. On the other hand, Sunny(Vikrant Massey) is a simple guy whose only aim is to start a restaurant in life. A matchmaker named Shobha fixes Sunny’s alliance with Ginny. Both Sunny and Ginni are from different worlds and how they change their ideologies in life and settle down is the whole story.

Vikrant Massey is a super talented guy who is getting the right break in his career. Post the release of Chhapack, Vikrant plays this simple due in Ginniy weds Sunny in a superb manner. He is cute, has a good screen presence, and does his role quite convincingly.

Yami Gautam gets a bold role and she is very good at it. The chemistry between the lead pair is also good. The situation comedy in the first part of the film is also good. The dialogues are funny and so was the camera work and art direction. The film also starts on a hilarious note and the characters are also established well.

After starting the film on a good note, the director slows down the film drastically with over the top scenes. The manner in which the supporting cast ham in this film is quite over the top. Also, the emotions do not click in the second half making things boring for the audience. The character graph of heroine Yami Gautam lacks basic clarity. In one scene she is shown as a girl with modern thoughts and in another, she is shown as a typical Indian girl who is confused. Such errors derail the film.

On the whole, Ginny Weds Sunny is a film that lacks proper narration. Though the lead paid tries hard to perform, the lack of grip in the proceedings and dull screenplay kills the interest of the audience making it a boring watch during this lockdown. Ignore this film this weekend.