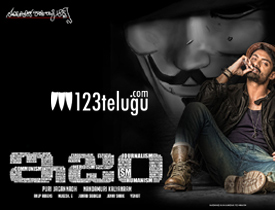 Kalyan Ram stunned everyone when he showcased his six-pack look in the teaser of ISM. The action entertainer which is directed by Puri Jagan has finally released today after a huge round of promotions. Let’s see whether Kalyan impresses in his new avatar or not.

Satya Marthanda(Kalyan Ram) is an easy going youth based in Europe. He falls in love with Alia(Aditi Arya) who is the daughter of a dreaded don Javed Bhai(Jagapathi Babu).

Satya tries hard to woo Alia and right when the time both Alia and Javed Bhai approve of his love story, he cheats them big time and leaves back to India.

Who is Satya ? What did he trap Javed Bhai’s daughter ? How is Satya connected to Javed Bhai ? and what is the back story behind all this ? To know answers to these questions, you need to watch ISM on the big screen.

As expected, Kalyan Ram is a revelation in ISM. Right from his toned body to his thumping performance, everything works well for him. Credit should completely go to Puri for showcasing Kalyan in a completely new avatar. The star hero’s emotional outburst in the pre- climax will leave you hugely impressed.

Jagapathi Babu looks stylish and gives a decent performance as Javed Bhai. All the scenes between him and Kalyan Rm have been handled quite well. Especially the Kareem Beedi scenes have been written well.

The court scene which comes during the pre-climax time is the best part of the film and full marks should go to Puri for writing some taut dialogues about corruption in the country.

The corruption angle showcased looks a bit overdone in certain areas. Once the twist is revealed, the film becomes quite predictable. Jagapathi Babu’s character is not handled well. Especially the way his role is ended looks outright silly and spoils the climax.

The fist half an hour of the second half is rushed up with not many interesting scenes going its way. Kalyan’s ideology and the way he goes about his mission should have been explained well.

Aditi Arya is yet another drawback of the film. She looks quite raw and a better heroine would have done wonders to the film.

Production values by NTR Arts are top notch. The stunning camera work showcases the film in a completely new light. Puri has done a superb job in showcasing the tense court scene moments in a gripping way. Editing is slick and so is the artwork. Music by Anup Rubens is just about average but his background score elevates many scenes quite nicely.

Coming to the director Puri Jagan, he has done a good job with the film. The way he has narrated the story in an interesting way and showcased Kalyan Ram needs a special mention. Had he handled the second half and ended the film after the court scene things would have been superb for the film.

On the whole, ISM is a very honest attempt from Kalyan Ram and Puri. The Nandamuri hero’s stunning performance, first half, and a gripping pre-climax are major assets. If you ignore the lackluster climax and some hurried up scenes here and there, ISM will surely impress those who love hardcore commercial entertainers with a good message.