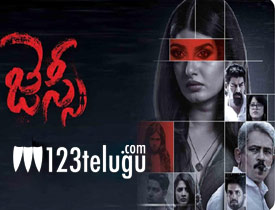 Along with a few other small films, a horror thriller, titled Jessie, has also hit screens today. Let’s check whether it managed to impress or not.

The film takes off with a group of professional ghost hunters in search of a house located far away from the city to investigate the mystery of two missing sisters, Jessie and Amy. In the process, they notice some unexpected events involving Jessie and Amy in the house. Who are these sisters? What is their backstory? How are they related to the house? Will the ghost hunters solve the mystery behind the series of events that occurred in the house?

Ashima Narwal gets a meaty role and she performed well. Her acting in a few crucial scenes in the first half of the film is impressive and brings depth to the proceedings to an extent. The girl, who portrayed Amy’s role, did a decent job as a mentally challenged person.

It is good to see actress Archana in a key role after a long gap. She performed well in her role which comes with a major twist. Abhinav Gomatam evokes a few laughs in the first half. Rest of the ghost hunters – Pavani, Abhishek and Purnima, are okay in their roles.

The subplots and twists revealed one by one in the latter half are decently executed.

Although the twists and subplots revealed in the latter half are decent, the screenplay will be a test to audiences brains, with many puzzles during the course of time.

Noted Bollywood actors Atul Kulkarni and Kabhir Duhan Singh are not utilized in a proper manner, as their characters have a limited scope for performance.

Director Ashwani Kumar’s idea of dealing with a horror thriller by mixing human psychology is nice, but he succeeded only to an extent in the execution part. The narration in the second half lacks proper clarity and the ending is also not quite convincing. Had the director worked on a more coherent screenplay, things would have been much better. Editing is good, as the editor kept the film’s runtime short by not extending it with unwanted scenes.

Cinematography is quite good. The film looks rich in every frame. The night scenes are captured nicely. Background score by Sricharan Pakala is impressive and adds depth to a few key scenes. Production values for this limited budget film are good.

On the whole, Jessie is a psychological horror thriller which has a few engaging moments. The narration and character establishment in the first half are okay. But too many subplots and twists in the second half may not go well with the audiences who expect more horror elements. Finally, Jessie ends up being an okay watch this weekend.