Review : Lanka – Too complex to understand 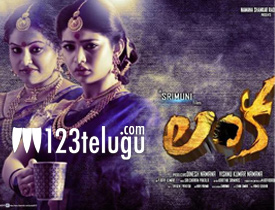 After a long gap, yesteryear heroine, Raasi is back with an interesting thriller called Lanka. The film which is directed by her husband Sri Muni has hit the screens today. Let’s see how it is.

Swathi(Ina Saaha) is a Malayalam superstar who comes down to Hyderabad for her personal work. Right when the time comes for her to get back, she decides to act in a short film. The proceedings move to a guest house which is owned by Rebecca(Raasi). Things become quite tough for Swathi as Rebecca starts troubling her throughout the shoot with telepathy.

The twist in the tale arises when Swati goes missing from action and the cops automatically nab Rebecca. Why did Rebecca trouble Swathi? What is the whole telepathy connection? To know answers to these questions, you need to watch the film on the big screen.

The basic plot of the film is a bit interesting which deals with Telepathy. Raasi’s performance during the climax is pretty decent. Comedy generated by Satya and his friend evokes some laughs during the first half.

Supreet is okay as the strict cop. Production values of the film are pretty good. The first half has some decent moments as the script’s suspense in maintained for most of the time. Interval bang is decent.

One of the biggest drawbacks of the film is that it is way too complex. After a point, you never understand what is going on in the film. Too many subplots and unwanted twists are created just to make things interesting and this looks quite irritating.

Just when you think that the film is making some sense, a different scenario is created to bore the audience. Raasi’s performance during the police station scenes is so over the top and can you put off right away.

The second half goes for a toss and twists keep coming one after the other. The narration of the film is so bad that a good plot is spoiled with some unwanted and forced creativity that the director wanted to showcase.

Background score is just about okay and so was the art direction. Dialogues were decent but the camera work was pretty good. The tense scenes and the seriousness of the subject have been shown well. Editing is pathetic as at least 20 minutes of the film could have been easily edited out.

Coming to the director Muni, his script on paper is good but his execution is horrible. He should blame himself for confusing the audience way too many times with some illogical and dragged out scenes which spoil the film completely.

On the whole, Lanka is one film which could have been a lot better if it was executed in a simple way. Unnecessary twists, too much of melodrama and a complex narration makes this film go over the top of audience head. Except for some weight in Raasi’s character, this film has nothing new to offer this weekend.