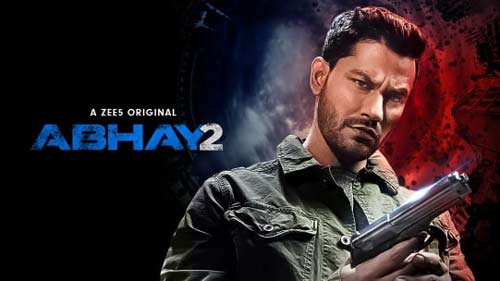 So, continuing the series of reviewing movies and shows during the lockdown period, our today’s pick is the Hindi web series Abhay 2. The film is available on Zee 5 and let’s see how it is.

Abhay 2 is the second season of the cop thriller Abhay. In the first season, the makers set the pace, tone, and familiarised us with the main character. But in Abhay 2 brings powerful villains to the fore. In this season, Abhay Pratap Singh(Kunal Khemu) has to deal with more crazy villains. There are three episodes and each episode has one story and a villain which are played by Chukey Pandey, Bandita Bag, and Ram Kapoor. Abhay needs to solve his cases each and every time is the story of this series.

Kunal Khemu, though he has a small physical personality, does his role as a cop quite well and makes us believe in his act. He is in a much more settled manner in this season and plays the sheet anchors role well. Chunky Pandey as the brian eating psycho is superb but his role is so limited. Banita, who plays a prostitute with a weird habit is also neat in her role.

The manner in which Ram Kapoor is introduced looks god and his story of kidnapping school kids is pretty interesting. The storylines and backdrop in these stories are top-notch. The BGM, production values and camerawork is pretty good. The investigation style showcased is also neat.

The biggest complaint of the series is that the gripping stories are shortlived. The story had so much in it that the makers can easily make three episodes out of it. But director Ken Ghosh rushes on things disappointing the audience by wrapping up the twists in a simple manner. Also, the supporting cast is very weak and that is the reason, most of the scenes do not create much impact on the audience. The screenplay should have been even more engaging to balance the good story.

On the whole, Abhay 2 is a series based on several crimes and how a cop solves them in each episode. In the second season, the stories are gripping and the performances by the main cast are also solid. But the slightly dull narration does not balance the good script hence making it a passable watch. Give it a shot if you have nothing else to do.