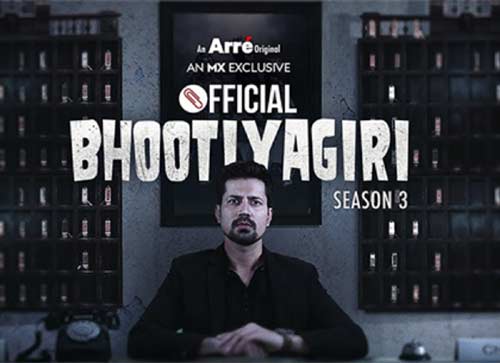 So, continuing the series of reviewing movies and shows during the lockdown period, our today’s pick is the Hindi web series Bhootiyagiri. The series is available on MX Player for free and let’s see how it is.

After getting jailed in season 2, Dilwar Rana(Sumeet Vyas) a top-class CEO, starts operating his company from the jail. After a point, he gets released from there with a condition and is brought to a luxurious hotel. He is forced to run it but not many know that Dilwar has a childhood connection with the hotel which is haunted. The rest of the story is as to how Dilwar uses all his CEO skills and makes this haunted hotel into a big success.

The initial episodes are quite good and start with a bang. The concept of today’s CEO running a haunted hotel looks super solid. Sumeet Vyas does his best in his role and the way he showcases his traumatic past with his expressions in many scenes in very good. The BGM of the show is pretty good and the supporting cast also fo well. the subtle comedy in many scenes also holds up well in many areas. The casting is done perfectly as many characters look real and bring a lot of depth.

After starting the show in such a nice manner, the latter part of the episodes goes down like a pack of cards. The duration of these episodes is less but a good thriller turns out into a routine and predictable family drama with many over the top and silly scenes.

But the biggest drawback is the screenplay which lacks punch in the last few episodes. The narration takes a beating and what could have been a gripping watch is made dull and boring in no time. The so-called horror scenes also create no impact on the narrative.

Overall, the third season of Bhootiyagiri has a new and solid premise but lousy narration kills it. The show starts on a very promising note and keeps you on your toes. But once the third episode starts everything falls flat and things become predictable, routine, and over the top. It feels like a really good opportunity wasted in no time and makes this series a big letdown.