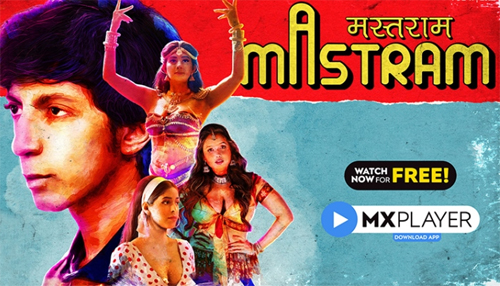 Music by : Yo Yo Honey Singh, Saurabh Kalsi

So, continuing the series of reviewing movies and shows during the lockdown period, our today’s pick is the Hindi web series, Mastram. The series is available for free on MX Playe rand now let’s see how it is.

The small town concept and how the young writer visualizes all this adult content to write his book has been showcased quite well. Vipin Sharma is amazing in the role of a publisher and adds a slot of depth to the show. The double meaning dialogues create a good fun factor in the series.

Apart from two key characters, the rest of the supporting cast is quite dull and they do no create any effect. Heroine, Tara Alisha Berry is pretty disappointing in her role and a better actress could have made matters better. The show is aimed at the young generation and many adult scenes look a bit silly and over the top for the regular audience.

There are way too many episodes and instead of 10, the story could have been wrapped up in 7 seven episodes. After a point in the show, it is more about selling sex in the story rather than dealing with the story of the writer and his journey.