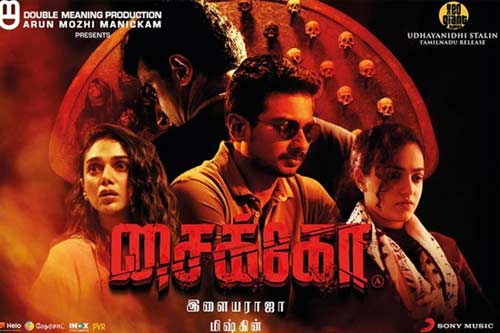 So, continuing the series of reviewing movies and shows during the lockdown period, our today’s pick is Psycho the 2020 Tamil thriller directed by star director and Super Deluxe fame Mysskin. The film is available on Netflix and Zee 5.

A psycho(Rajkumar Pitchumani) killer is out in the open and the cops in Coimbatore have no clue about him. This is also the time a blind man named Gautam(Udayanidhi Stalin) starts stalking Dagini(Aditi Rao). But to his bad luck, the psycho killer kidnaps Dagini. Left with no choice, Gautam takes things in hand and approaches a handicapped ex-cop Kamala(Nithya Menen) to help him out. How does he save Digini is the crux of the movie.

Mysskin’s films always have a curiosity factor going and this film has plenty of it too. The atmosphere and crazy world of the psycho is shown in a convincing manner. But the gripping part of the film is the way manner in which the investigative thriller is narrated with clear details. Aditi Rao and Nithya Menen play their roles well. The Psycho killer played by Rajkumar is terrific. The back story of the psycho is also showcased well. Even though the story is routine, the way the proceedings run on a gripping note till the end is good.

The film is a bit lengthy and starts off on a very slow note. There are some logics that go missing in the climax as to how Aditi Rao deals with the killer looks a bit weird. The way a blind man played by Stalin manages many things easily even before the cops in certain scenes looks odd.

Overall, Psycho is a gritty crime thriller that has been narrated in an apt manner. There are no deviations in the proceedings and the terrific performances by the lead cast make things quite interesting. Barring the slight dull start and a few over the top scenes, this crime thriller can happily be given a shot for its unique set up during this lockdown period.