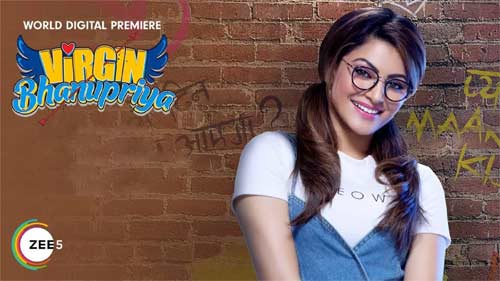 So, continuing the series of reviewing movies and shows during the lockdown period, our today’s pick is the Hindi film Virgin Bhanu Priya. The film is available on Zee5 and let’s see how it is.

Bhanupriya(Urvashi Rautela) is a young girl who wants to lose her virginity with that one perfect man. Her friend tries to set up men but nothing happens for Bhanupriya. This is also the time when an astrologer says that her desire of breaking her virginity can never be fulfilled in her life because of an issue. What is that issue? Will Bhanupriya find her eternal love? That forms the rest of the story.

Urvashi Rautela is the only solace of this film. She looks beautiful and for once proves that she is just not a pretty face and can act as well. She tries hard and carries the film on her shoulders. Archana Puran Singh as her mother was okay in her role. a few fun scenes in the first half look okay.

No wonder this film did not have a theatrical release. Apart from Urvashi Rautela, not one actor does his job decently. There is better acting in many C grade films made in Hindi and that itself proves how bad this film is. The thought is good but the execution, performances, and silly scenes make you cringe.

The dialogues, which talk about the right time for a woman to lose her virginity look outright cheap and vulgar all the time. The film has absolutely no emotions and the moment you heroine’s father talking in the film, you will cringe with frustration.

Overall, Virgin Bhanupriya is one of those films where nothing works. Urvashi Rautela and her Instagram posts are far more interesting than this film. Except for the premise, the rest of the film is so bad that it can put off and spoil your mood right away. Stay away from this film.