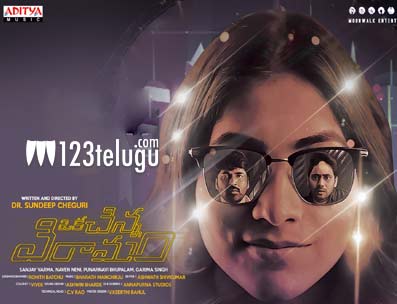 Continuing the trend of low budget thriller, yet another film that has hit the screens today is Oka Chinna Viramam. Let’s see how it is.

Sanjay Varma(Deepak) and Syam(Garima Singh)are a couple who are also business partners and work at a milk booth. As their business does not get a good profit, they get a crazy deal from an outsider. Deepak, who is a bit money mined says yes to it but his wife rejects the offer. What was so bad about the offer? Will Deepak convince his wife to say yes to the deal? What happened, in the end, is the whole story of the film.

The concept of the film looks a bit interesting. Also, the social message conveyed in the film is also neat. Hero Sanjay Varma does a good job in his role. His dialogue delivery, body language, and expressions in very tense scenes are pretty good.

Heroine Garima Singh looks cute in her homely look and did well in her character. The chemistry between the couple is pretty decent. The highlight of the film was comedian Naveen Neni. His comedy is good and brings a few relief moments in the film.

For any thriller to click, the proceedings need to be quite riveting and suspenseful but that is not the case in this film as none of the major scenes create an impact. The director tried hard to evoke good thrills in the second half but the so-called scenes also do not create any effect.

The characterizations of both the hero and heroine lack clarity and should have been narrated with even more depth. There was a lot of scope to make the film quite thrilling but the director did not make full use of it. There are many scenes in the film which are way too cinematic.

Music by Bharat is just about okay but his BGM was impressive. Camerawork by Rohit is quite good as the suspense scenes have been shown quite well. Editing was disappointing as many scenes could have been trimmed to make things better. Coming to the director Sandeep, his idea is good but the execution part had many errors and took the film down in no time.

On the whole, Oka Chinna Viramam is an age-old thriller that has nothing going its way. The so-called thrilling scenes look forced and do not create any impact on the film. Except for a few comedy scenes, this film has nothing to offer and can be left alone this weekend.