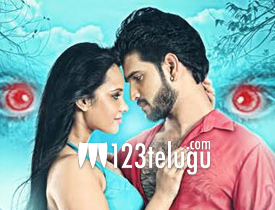 Continuing the trend of dubbing films, yet another Kannada hit has now been dubbed in Telugu as Pisachi 2. Let’s see how the film turns out to be.

The story of the film is set in the small town of Rama Puram where the villagers keep getting killed one after the other. Naina, who works for a private tv channel decides to decode the secret and heads to the village along with her eight friends.

Things become quite difficult for her as the dark secrets in the village keep posing her problems one after the other. Rest of the story is as to how Naina handles all these problems and finds out the actual truth behind these killings.

One of the biggest plus points of the film is the manner in which the horror scenes are brought right into the narration without wasting any time. Comedy evoked by the character Naga works well for the most part of the film.

The flashback that comes during the second half has been executed well. Shipra Kaur’s glamorous show during this time will impress the mass audience to an extent. Some sequences that come during the climax are just about okay.

There are so many forced scenes throughout the film that logic goes for a toss for the most part. Just to create a horror effect the makers have induced many horror scenes one after the other which do not scare you one bit.

The supporting cast which played the heroine’s friends perform badly in the film. Except for the Naga character, rest of the girls ham to no extent and irritate the audience completely.

The pre-climax and the way major scenes are handled look over the top and forced. Even the climax looks a bit stretched and could have been wrapped up fastly.

Both the background score and music composed by Satish Aryan are pretty disappointing. Camera work is below average and so were the production values. Coming to the director Devraj Kumar, he has done a horrible job with the film. Even though he had a decent script, the way he killed the proceedings with over the top and silly narration spoiled the effect completely.

On the whole, Pisachi 2 is an outdated and silly horror flick which has many factors going against it. Except for an interesting flashback episode, this film has absolutely nothing new to offer and can be completely ignored this weekend.