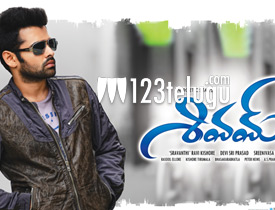 After the moderate success of Pandaga Chesko, Ram is back with yet another commercial entertainer Shivam. Also starring Raashi Khanna, this film has hit the screens today. Let’s see how it is.

Shiva(Ram) is a happy go lucky guy who supports love marriage and keeps helping couples to get married against their parents will. One fine day, he comes across Tanu(Raashi Khanna) and falls flat for her. He follows Tanu to her village and during his pursuit, he accidentally lands into a huge problem with Bhoji Reddy(Vineet Kumar) and his gang.

This is also the time when yet another goon named Abhi (Abhimanyu Singh) sets his eyes on Tanu and kidnaps her. What will Shiva do now ? How will he handle both Bhoji Reddy and Abhi at the same time? That forms the rest of the story.

Ram is a sincere actor and has done his job well. As usual, he is pretty good with his dances and fights. Raashi Khanna looks glamorous and supports Ram well. The film has certain entertaining episodes in both the halves and provides a bit of relief.

DSP’s music is a major asset for the film as all the songs are quite entertaining. Comedy by Fish Venkat is pretty nice and it is good to see him getting some interesting roles off late.

Visuals in the songs and production values are quite good. First half of the film is decent and all the comedy scenes featuring Srinivasa Reddy and Ram have been designed well.

One of the biggest drawbacks of Shivam is the excessive length. The film is close to three hours and takes forever to end. Right when you think, the film is gearing up for its climax, an unnecessary flash back and a irritating climax make things tedious.

There is absolutely nothing interesting in the story and the flashback justifying hero’s deeds look sloppy. Certain comedy episodes have been written and the film’s story has been weaved around it. The mistaken identities, movie heading to a small town and the hero taking on the villains, you have seen this in umpteen number of films.

Climax looks outdated and is outright silly. Second half has major problems with the screenplay as many scenes come in as speed breakers.

As said above, DSP’s music is quite rocking as all the songs have been shot wonderfully. The locations chosen and the way they have been showcased is quite good. Dialogues are just about ok and so is the background score. Editing is a huge failure as at least half an hour of the film could have been easily edited.

Coming to the director Sreenivasa Reddy, he does a pretty sloppy job with his debut. He stretches a simple story line to unnecessary extent and complicates matters. The young director has managed to write decent scenes but could not connect them as a whole.

On the whole, Shivam is yet another routine and dragged out commercial entertainer. If you are ok with the same old story line, routine comedy and can manage to sit through the painful run time, you might end up liking it. But for the rest, other than Ram’s screen presence and some decent songs, this film has nothing much to offer and ends up as just a below average affair.