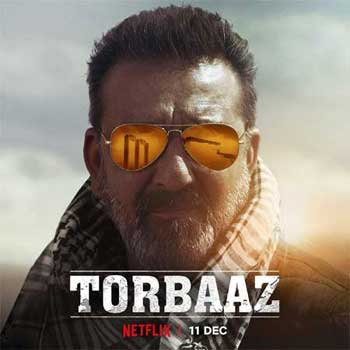 Continuing the trend of reviewing shows and films on OTT, today, a Hindi film called Torbaaz has hit the small screens. The film is available on Netflix and let’s see how it is.

Continuing the trend of reviewing shows and films on OTT, today, a Hindi film called Torbaaz has hit the small screens. The film is available on Netflix and let’s see how it is.

Nasser Khan(Sanjay Dutt) is a doctor in the Indian army. He works for the Indian embassy in Kabul, Afghanistan. In a tragic attack, both his wife and son get killed and Nasser comes back to India. Years later, his old friend from Kabul, Ayesha(Nargis Fakhri) calls him for the inauguration of a refugee camp called Tomorrow’s Hope. After reaching there, Nasser realizes that the kids in the camp are quite talented in the game of cricket. Then, Nasser decides to become their cricket coach and help the kids achieve their dreams. But doing that in a country like Afghanistan filled with terrorists is a deadly task. How did Nasser do it is the whole story.

The story of the film is quite interesting and looks inspiring as well. The plight of the children in a terror-ridden country like Afghanistan has been showcased well in the film. The story throws light on these aspects and helps in adding to the viewer’s knowledge. The main asset is the visuals. Hiroo Keswani’s cinematography is beautiful. The locales of Kyrgyzstan are very well captured.

Sanjay Dutt was decent in the film but his character does not have much of an impact. His screen presence is good but the good old Sanjay Dutt is not seen anymore due to his laid-back attitude. Priyanka Verma is decent in the cameo. Preet Bhanushali doesn’t have much to do. Rahul Mittra suits the part but his performance is weak.

The songs in the film are a huge drawback and things do work because of this. They distract the viewing experience o the audience. Also, the film has a documentary kind of a feel and is slow in many areas. The film starts on a dull note and the emotions in the main characters are not that effective.

Girish Malik’s direction is the biggest culprit. This could have been a great flick if the direction was better or it was handled by someone else but sadly, Girish Malik’s execution spoils the show. A few scenes are random and are added for the heck of it.

The cricket match scene doesn’t impress and things could have been narrated on a better note. Also, too much time is wasted at the beginning of the film to establish the main story.

Vikram Montrose’s music doesn’t work. Bickram Ghosh’s background score, however, has the element. Jawed Karim’s action is sans and blood and gore which looks weird for a film set in Kabul. VFX is average in a few scenes. Editing by Protim Khaound is haphazard at places and many scenes could have cut out. Director Girish Malika brings out a good subject but his narration is jaded and makes the film dull and boring.

On the whole, Torbaaz is an emotional drama that has a very interesting setup. The realistic scenes depicting the life of kids in Afghanistan look good but the rest of the narration, cricket matches, and emotions do not click making this film a dull and boring watch.