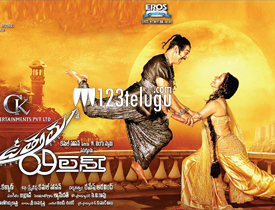 Legendary actor Kamal Haasan, is back with his ambitious project Uttama Villain. After a series of hurdles, this film has finally hit the screens today. Let’s see how it is.

Manoranjan(Kamal Haasan) is a huge movie star who is loved by the masses. He leads a controversial life and hides it from his fans. One fine day, he comes to know that he has brain tumour and is going to die soon.

A disappointed Manoranjan decides to make the most of his remaining time by acting in one last film. He approaches his mentor Margadarshi(K Balachander) and requests him to direct his last film. A prestigious project called Uttama Villain is launched and rest of the story is as to whether Manoranjan completes the film and fulfils his final desire.

Undoubtedly, Kamal Haasan is the biggest plus for this film. His performance as an dying superstar is tremendous and will hold you emotionally. There are certain scenes during the climax which will bring a lump in your throat. The way Kamal portrays his controversial life and showcases his comedy timing as an Theyyam artist is pretty good.

Legendary director K Balanchander is perfect in his role and brings a lot of depth to the film. All his scenes with Kamal Haasan are so heart touching and showcase the bonding between them. Climax of the film has been handled well and brings an emotional appeal to the film.

Heroines Andrea and Pooja Kumar look good in their respective roles and give decent support to the film. A scene where he confronts his son has been written superbly.

Uttama Villain has its flaws and can get boring at times. Even though the period drama has been showcased well, the way it has been narrated in the second half is below par. The movie heads back and forth in time and the way sub plot is connected to the main theme looks jaded and boring.

Yet another major disappointing factor of the film is the run time. The film is three hours long and can get on to your nerves. There are a number of scenes in the second half which could have been easily chopped off to make the film crisp. After an interesting half an hour in the first half, pace of the film drops drastically. K Vishwanath has not been used to his potential.

Uttama Villain has absolutely no entertainment values and get boring for those who seek popcorn entertainment. This film has a feel of an art film and will appeal to only a section of audience.

Uttama Villain is super strong on the technical front. Art direction is top notch and the sets used and lighting arrangements are just wonderful. Yet another major asset of this film is Ghibran’s tremendous background score which elevates the film to another level.

Music of the film is just about ok. As said earlier, screenplay of the film is the biggest minus and bogs down whenever the film goes back in time. Story provided by Kamal Haasan is pretty good but the way director Ramesh Aravind handles the narration spoils the flow of the film.

On the whole, Uttama Villain will only appeal to a certain section of audience. Kamal Haasan’s mature performance and a emotional climax are basic assets of the film. On the flip side, a lengthy second half and lack of entertainment values will go against the film big time. Finally, all those who like Kamal Haasan’s style of film making and melodrama might end up liking it. But for the rest, it is just a below average affair.