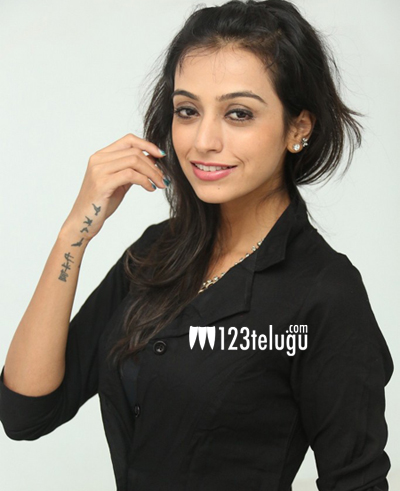 Bhakti Punjani, this young actress who has her Tollywood debut with ‘Thakita Thakita’ and later went on to act in ‘Abhayi Class Ammayi Mass’. She played a prominent role in recently released ‘Boochamma Boochadu’ and has been acclaimed for her performance. On this occasion we have caught up this beautiful lady for brief chit chat. Let’s see what she has to say.

Q) How did you got the chance to act in ‘Boochamma Boochodu’?
A) I know Gopi from the days of ‘Thakita Thakita’ and he narrated the story to me. When I came to know that mine is a ghost character, I had a second thought. But when director Revon gave me full support, I agreed to do the film.

Q) What was your reaction when you heard that you have to play a ghost in this film?
A) Even though, I liked the story initially I said no as I cannot frighten people as a ghost. But after director convinced me and attending few workshops, I proceeded to the shoot.

Q) How is the response for this role?
A) There is good response from people for my role. I am getting lot of calls and messages praising my performance. I didn’t even expected that I will get so much recognition.

Q) What is your favorite scene in this film?
A) Climax episode is my favorite scene. I took it as a challenge to do this so as to show my talent.

Q) Tell us something about your co-stars Shivaji and Kainaz.
A) Shivaji is very good and cool person, he supported me a lot during the shoot. Kainaz is simple girl and she stays down to earth even though she gave a good hit in Bollywood.

With this we wrapped up our chat, wishing her good luck for her future projects.