Chitchat : Akki Vishwanath Reddy – This film is a combination of science fiction and historical fantasy.
Published on Jul 28, 2014 9:26 pm IST 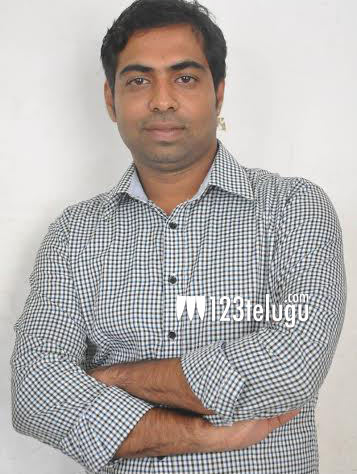 Young actors Aravind Krishna and Meenakshi Dixit feature in the upcoming film ‘Adavi Kachina Vennela’. Akki Vishwanath Reddy is making his directorial debut with this film which is slated to release on August 1. We caught up with this young director for a brief interview, and let’s see what he has to say.

Q) What made you to give up your software profession and turn as a director?

A) During my college days, I narrated a story to my friends and they liked it a lot. At that point of time, I decided to make a movie. But, as soon as I completed my studies, I got a job and I went abroad. As soon as I returned to India, I started this film. Even though, I don’t have any direct attachment with the industry, I used to follow film making and made it a career now.

A) During my college days, I heard about a person who lost all his property hunting for treasure (Lanke Bindhelu). That point triggered me and I made this film out of it with all commercial elements. This film not only deals with treasure, but also has different other interesting elements. It is a combination of science fiction and historical fantasy.

Q) Why did you produce the film yourself ?

A) I don’t know how to approach producers here, so I decided to produce this film myself.

Q) Can you tell us about the lead characters in this film?

A) Aravind Krishna plays a character of a specialist in detecting metals. Meenakshi Dixit is a national level shooter who aims for an Olympic medal. They both play quite interesting roles which will be liked by the audience immensely.

Q) We have heard that, this film has high end graphics, can you comment on this?

A) This film features almost 26 minutes of graphics. We have recreated South Africa and few other famous places with the help of computer graphics which will be very unique for the viewers.

Q) What are the highlights of this film?

A) The biggest highlight of this film is its story. And then comes, Seetharama Shastry’s songs and 26 minutes of CG work.

Q) Finally, what you would like to tell the audience about this movie?

A) We are trying to tell a new point with this film which has comedy, action and all other commercial elements. I have made this movie in such a way that everyone can understand it and I am confident that audience will surely like it.