Exclusive Interview : Bekkam Venu Gopal- I want to collaborate with other producers to make quality cinema
Published on Apr 27, 2020 10:59 am IST 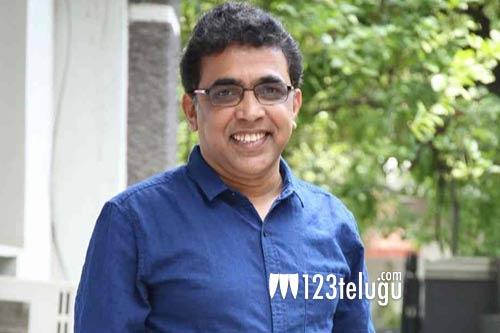 Continuing the lockdown interview series, today, we bring you an exclusive interview with producer Bekkam Venu Gopal. In a detailed conversation, we spoke to him about his career, future plans, and the film industry’s fate in the coming days. Here is the transcript.

What’s your whole take on the lockdown situation?

Something like this has never happened before and I am yet to come terms of it. My mood is also off and the best thing to do at this moment is to stay home and follow the lockdown rules set by the governments who are doing a superb job.

They have been affected the most and TFI is doing its best to help them. The fund started by Chiranjeevi garu is helping them a lot and we as the producer community are doing our best to help many in different ways.

How do you assess your journey in these last 13 years as a producer?

Not many know that I also worked for 12 years in the industry before turning producer. I faced a lot of difficulties and committed a few mistakes but I have learned a lot from them. Now, I am experienced enough to make a good call about the story and films I produce. I want to collaborate with producers to make quality cinema.

About the crazy changes in Tollywood?

Changes are always good and take the world ahead. Tollywood is also seeing rapid changes which are very important. The style of filmmaking is changing and new actors and style of narration are coming in. But I feel the emotions are always the same. If the film is entertaining enough and touches your heart, then I will call it a commercial cinema no matter what the genre is.

In all your films, which is your most favorite movie to date?

It is very difficult to say but I feel Mem Vasasuku Vachyam is my most difficult and best film. There was a huge challenge to make that film as my previous two films did not work and this movie was also with a new team. But the film did well and brought me a good name in the industry.

How do you green signal a project in the first place?

The first thing I look forward to is whether the story narrated is really different genre from other films or not. Then I see if the last 20 minutes of the film are gripping. Then, I look at the team that is going to make it. If all these things fall into place, I okay the film.

Your association with Dil Raju?

Dil Raju is a legendary figure in the industry. I am extremely happy to have collaborated with him. It was like a dream come true moment working with him on Nenu Local. In the days to come, you will see us collaborating more for more interesting projects.

We just started Paagal with Vishwak Sen and will go to shoot once the lockdown is over. Then, there is a film with Sree Vishnu whom we introduced in Prema Ishq Kadal. I also have another film with all newcomers and that will also be announced in the days to come.

The industry has changed for good and so much new content is coming in OTT also. I am ready to take on this new wave of films and small screen and am preparing scripts to cater to every section of the audience. The coming years of my career are going to be very exciting.

With that, we ended our interview and wished the passionate producer a very happy birthday and the best of luck for his future projects.