Exclusive Interview : Chinni Charan- I got into production accidentally
Published on May 8, 2014 11:44 am IST 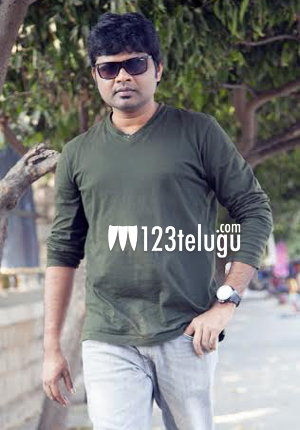 Chinni Charan, is known for his multi-talented personality. From writing lyrics for films like Don, Kedi and Style to making music, he has done it all . Now, he has shifted gears and has written and directed a film called Adi Lekka. We caught up with Chinni Charan for an exclusive interview. Lets see what he has to say.

Q) Why did you decide to become a director, when you were already composing music ?

A) I always wanted to do something different in life. Even though I was making music and writing lyrics, one day I thought that why not I make a movie and direct myself. That is how I even wrote the story and directed this flick.

Q) Don’t you think you are taking an even bigger risk by getting into production ?

A) Even this happened suddenly. As my producers backed out in the last minute, I had to get into production. My brother in law has also supported me in this journey.

Q) Why did you launch your brother as one of the heroes in this film.

A) My brother Mahi was always interested in becoming an actor. When a number of actors rejected to be a part of my film, I decided to cast him in this film.

Q) Tell us some thing about the film ?

A) This is an youthful family entertainer which is set in a college backdrop. We have portrayed a good message through this film in a very commercial way.

Q) How is the entertainment factor going to be in your film ?

A) Yes ! my film has a lot of comedy. There are no separate comedy tracks, in the film and what ever you see is linked with the story of the film.

Q) Tell us about Krishnudu’s role in the film ?

A) He has quite an interesting role, which also has a suspense element which you will come to know only if you watch the film

Q) Will you continue to direct films ?

A) I have not decided anything as yet. Though I have a couple of projects in mind, I will only decide after looking at the result of this film.