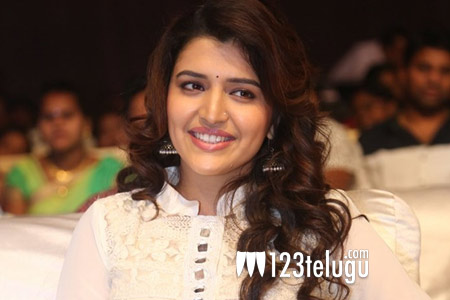 Raj Tarun’s upcoming romantic entertainer, Rangula Ratnam, is gearing up for a Sankranthi release. On this occasion, we had an exclusive interview with this film’s lead heroine Chitra Shukla. Here is the transcript.

Q) About your self?

I’m from Indore and I was interested in modeling, I moved to Mumbai and later did a couple of TV Ads. In that process, the makers of Maa Abbay approached for the film and this is how I made my Tollywood debut and here I am with my second film.

Q) How did you bag Rangula Ratnam?

While shooting for Maa Abbay, I got a call from Annapurna Studios for a look test. Impressed with my looks and diction, the makers roped me as the female lead in the film.

Q)What is Rangula Ratnam all about?

It’s a family drama which has very good emotions in it. On the other side, my love track with Raj Tarun will impress the youth big time. I’m sure that Rangula Ratnam will be a fresh and breezy watch for the audience.

I will be seen as a very strong and mature woman who takes up family responsibilities at a very young age. Though Maa Abbay is my debut film, I treat this film as the best opportunity to showcase my acting talent. I’m expecting a good appreciation for my role in the film.

He is playing an easy going guy in the film. But after a point in time, he becomes serious in life and handles every situation smartly.

Q) Tell us about your director Sri Ranjani?

She is hardworking and has clarity in every aspect of filmmaking. Her suggestions during the shoot helped me a lot to improve my acting skills. In one way she is my mentor.

He is very friendly and became a good friend of mine during the shoot. Raj used to help me a lot with the language.

Q) What kind of roles are you actually looking forward to in Telugu films?

I’m looking for performance oriented roles but at the same time, I’m also open to glamour roles too.

As of now, I’m doing a Sri Lankan film which is a remake of Malayali film. Apart from that, I am listening to a few scripts in Tamil and Hindi.

With that we ended our exclusive interview with Chitra and wished her the best of luck for her future in Tollywood.