Exclusive Interview:- Kranthi- My characters should speak of my talent
Published on Jul 3, 2014 4:40 pm IST 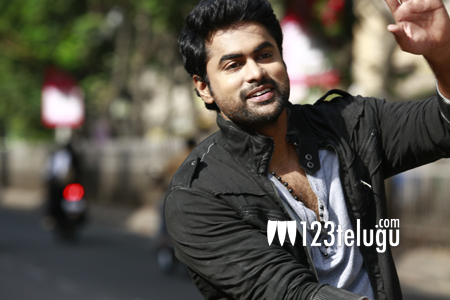 Continuing with the round of promotions, we caught up with the young and energetic hero Kranti, who plays one of the leads in this weeks release Aa Aiduguru. Let’s see what the young hero has to say about his journey in Tollywood.

Q) How did you get into films ?

Right from my childhood, I always wanted to be an actor. I even acted in a serial when I was a kid, and that is how I got more attracted towards the art. Moreover, my dad was also interested in movies, and when I told him that I wanted to get into films, he encouraged me completely.

Q) Aa Aiduguru is your third film. Tell us something about your role ?

There was a casting call for one of the leads in the film, I auditioned and got selected for a key role. I play the character of John, who is burdened with family problems and how he comes to the academy and changes his fortunes.

Q) Tell us about your previous films ?

I have acted as a lead in Duniya, which met with a decent response, and also did a small role in LBW. I have done yet another film called Jagame Maaya which is up for release.

Q) After doing solo leads, why did you opt for a character role ?

For me this is not a character role. It is one of the leads in the film, and my role has some special importance in the film. For me its not about playing the lead, my role and character should drive the movie and that is how I want to be recognized in the future.

Q) What kind of films do you want to do in the future ?

As I am an upcoming actor, I want to do all sorts of films. Even though it is a small role, the film should be remembered for my character. I don’t want to limit myself.

Q) There are so many youngsters coming up these days, and there is heavy competition. How are you sustaining it ?

See, there is competition in every field these days. One has to work very hard and give their best. Your performance should speak for yourself, and one needs to know how to promote himself well.

Q) What kind of hardships that a young hero like you faces these days ?

There are so many problems for a young hero like me. When you get selected for a film, the film never kicks off, and once we complete the movie, it is a big struggle to release the film. There is a lot of waiting game, and one has to have that patience to succeed here.

As I told you earlier, Jagame Maaya is up for release, and yet another untitled film with a new director Vijay will go on floors soon.

Q) Do you have any dream role that you want to portray ?

I would love to do a mythological film one day, as I am very much interested in such kind of roles.

With that we rounded up the interview with Kranti and wished him the best of luck for his film.