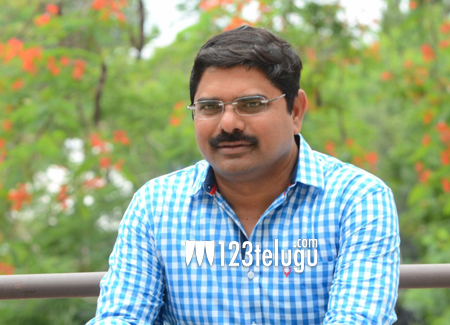 Continuing the lockdown interview series, today, we bring you an exclusive interview with the talented director and producer Madhura Sreedhar. In a heartful conversation, we spoke to him about his future projects, political aspirations, recent failures, upcoming projects, and much more. Here is the transcript.

You set great combinations but some of your films did not work. Tell us about that?

Yes, I agree that there were issues with these films at the script level itself. Each film of mine has been a learning experience and I learn from my mistakes and try to remove them from my upcoming projects.

You have introduced many young actors. How do you spot talent?

Right from the beginning, I always wanted to make films that are out of the box. So, when you select such out of the box subjects, established heroes will not do it and I cannot sell the film with newcomers. So, I try to see who are the known faces who are all set to enter films and cast them.

Reason for you taking a break as a director?

After doing my initial films, I wanted to take a break and come back fresh. That is the time, I got involved as a producer. The whole process of film making was an awesome experience that I cherished. But in 2020, things will change and I will be back as a director.

What are you working on currently?

I am writing a village-based drama filled with social issues like caste system and poverty. It is a gripping drama and I am very kicked about it.

You belong to the software field. Which films drew interest in you to become a director?

It was Chiranjeevi’s Abhilasha that made me get hooked towards films when I was in seventh class. But the moment I saw Geetanjali and Shiva, I made my decision to join films. After working for highly-reputed companies like TCS, Wipro, Infosys, I finally called it quits and entered the film industry.

Any favorite director that inspired you?

Yes, I love Mani Ratnam and his work. I used to love RGV’s work but not anymore. The moment lockdown was announced, I watched every film of Mani Ratnam to refresh my skills as a director. I just love his work and his recent film Nawab was just superb.

I am very young in films and am making mistakes but I would love to make a film filled with rich emotions and soulful drama. I want to make a film that would win a national award.

Independent music has been ignored a lot in the south. I am going to bring that culture back and have signed at least 12 music directors for the same. In the days to come, we will produce some original independent music which will give budding taken to Tollywood.

Any plans of making films with young heroes in Tollywood?

Yes, both I and Adivi Sesh are planning to collaborate together. In the future, I may make a film with Vijay Devarakonda and also produce a project for Venky Atluri.

Recent movies and performances that impressed you?

I loved the Kannada movie Diya and cannot tell you how much it impressed me. I loved another short film called Mansayanamaha and felt director Deepak did a superb job and a director to watch out for.

Industry bigwigs, that supported you?

Right from the beginning, Suresh Babu has supported me a lot and we continue to work together. Raj Kandukuri and Yash Rangineni have supported quite well in my career. Apart from these two, I really want to work with Allu Aravind garu in the future and collaborate with him.

Finally, You make strong political tweets. Can we see you in politics?

Politics is what interests me a lot. I have some strong views and am from those who believe that one should give back to society. I surely have political plans and if everything goes as planned, I will enter politics soon and have plans to contest the 2024 elections.

With that, we ended the interview with Madhura Sreedhar and wished him the best of luck for his future projects and political career.