Exclusive Interview : Paruchuri Kireeti – My Dream is to make films with NTR & Mahesh
Published on Feb 9, 2012 1:45 am IST 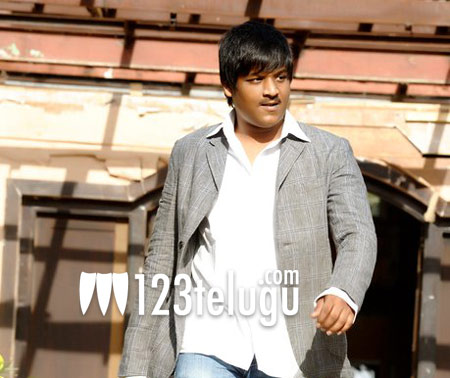 Paruchuri Kireeti is a next generation dynamic producer. This smart and savvy youngster scored a massive blockbuster with his debut production in the form of ‘Simha’. His second production venture ‘Naa Ishtam’ is going to hit the screens soon and we caught up Kireeti for an exclusive interview. We were impressed by his courteous nature and down to earth attitude. Here is the transcript of that session for you folks.

Q) Your debut production was a 100 % mass entertainer. Your second production is a feelgood romantic entertainer. Planned strategy or just a coincidence?
A) (Smiles) Well, It is a bit of both. We wanted to do our first movie with Balakrishna and movie lovers expect a mass action entertainer from him. With Rana, we got the opportunity to do an incredible love story and we are happy with the output of our film

Q) What attracted you to this project?
A) The script is great. There is a lot of positive energy in this story and I was drawn to it immediately. Director Prakash is also a great narrator. We normally ask directors to narrate a script in about 20 minutes, but once Prakash started narrating this story, I listened to the complete story for almost 3 hours. It is that good.

Q) What are your expectations from ‘Naa Ishtam’?
A) The movie is a nice youthful triangle love story. There is a good amount of comedy and there are ample commercial elements in this film. Youth will connect very strongly with this movie. Basically, every young person would have experienced triangle love at some point in life.

Q) How was it working with Rana?
A) Rana is an incredibly good human being and a great actor. He has a great heart and he has inherited the good qualities of his uncle Venkatesh. Rana has worked with a lot of interest for this project. Prakash and Rana used to work 18 hour shifts with ease and it used to amaze me. They basically enjoyed their work and that is how they were able to pull it off. Rana has become a good friend of mine

Q) Who are your favourite heroes?
A) Mahesh Babu and NTR . I absolutely love their performances and it is my dream to make films with them. I will definitely produce films with them in future.

Q) What about actresses?
A) (Blushes a little and smiles) It would have to be Kajal. She is just awesome.

Q) You got into film production at a very young age. How did this happen and what do you do apart from this?
A) Dad is into the construction business. I was always attracted to movies. People say youth should get into politics so I though, why not movie production? And that is how it happened. I am currently in my first year of Engineering. I absolutely love cricket and I play quite a lot. I also love to act and maybe in future, you can see me as an actor.

Q) Do you take the call on script selection?
A) I take the initial call and once I like a script, I send it to my father for final approval. Basically, I screen the scripts.

Q) Any friends from the industry?
A) Nara Rohit and Rana are great friends of mine

Q) What about your future projects?
A) We have Venkatesh’s ‘Shadow’ coming up. A few other projects are in the pipeline. We will announce them once things fall into place.

With that, we ended the interview. Let us wish this young producer the very best for his upcoming projects.