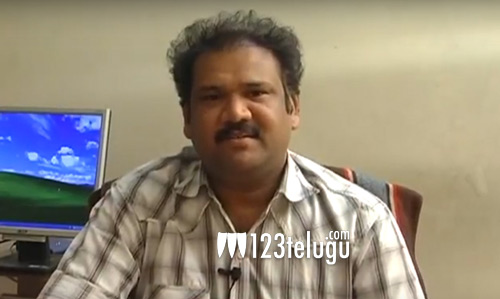 Noted director P.Sunil Kumar Reddy who earlier directed a good message oriented film Gangaputrulu is coming up with his next project titled ATM Not Working. Praveen Immadi scores music for this film which is slated for a March 17th release. On this occasion, we had a small exclusive interview with Praveen. Here is the transcript.

Q) Tell us about your journey into films?

Initially, I was a keyboard player. I worked with top music directors like Raj-Koti and Vandemataram Srinivas for almost 400 films. Later, I turned as a solo music director.

Q) How many films did you work as a solo music director till date?

Q) You did all your films with Sunil Kumar Reddy, Tell us about your rapport with him?

Sunil Kumar Reddy is the one who believed in me and gave me first opportunity.We both share a good rapport. I know what exactly he wants and it is very comfortable to work with him. That is the reason we continued our collaboration.

Q) Tell us about the music in this film?

The film will focus on a contemporary issue. We mixed it with good comedy and made it into a commercial film. The music will be according to the present trend.

Q) How many songs does the film have?

This film will have three songs. According to the script, we have a romantic song and a theme song in this film.

Q) How is this film going to be helpful for your career?

I am confident that this film will be a hit and music will also get a good appreciation from the audience and music lovers.

Q) Tell us about your next projects?

I am working on a film titled Golf which is also directed by Sunil Kumar Reddy. This will also be a different film. We have tried an Arabic song for this film which is first of its kind in Telugu films.