Exclusive Interview : Ravikanth Perepu – I was waiting for this day from four years
Published on Jun 27, 2020 2:00 am IST 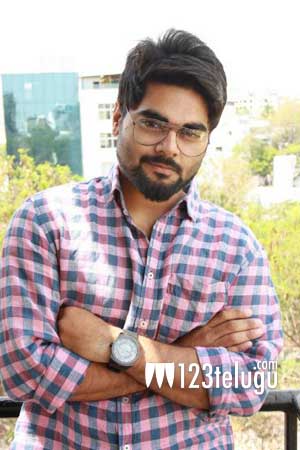 Continuing the lockdown interview series, today, we bring you an exclusive interview with noted director Ravikanth Perepu. His film, Krishna and his Leela is just out on Netflix and is winning good applause. In a detailed conversation, we spoke to him about his career, not doing more films, struggle, his love story, and future projects. Here is the transcript.

The response has been just amazing and I am reading every comment that is being posted by the audience. My film is a bit different from the regular films and I was very keen as to how the audience would receive it. But they are loving it and I am so happy.

Why such a long gap after Kshanam?

Yes, there has been a long gap of four years. The film was supposed to release long back but because of some reason, it could not and I am happy that it finally did. This film is personally very close to me and I did not want to do any other thing unless it came out.

How tough was to stay afloat for such a long time?

My life had hit rock bottom and I was in the worst phase. I have come to know the hard way that things are not easy in life and one needs to wait for things to happen. But I had belief in the content and on my producers Rana and Suresh Babu garu that they would give the film a good release.

A snap of you kissing the hero has gone viral. What was that?

Both me and Siddhu have gone through a lot in this film. Only we know what kind of effort we put in and when the film was finally, it was a small celebration and the best form of showing love.

Many say that you have glorified cheating in the film?

I do not accept that blame as most of today’s generation is quite confused in life. Not many have so many choices in life and what happens to a guy who really likes two girls is the whole story. There is no cheating and that we have justified in the climax.

How has the response been from the industry?

Calls have just started coming in as of now. Krish sir liked the film and so did Lakshmi Manchu. Adivi Sesh, who has been a big supported loved the film. I am waiting for more people to see the film which will also be on AHA soon.

The music is superb. Tell us about that?

Sricharan has lifted the film to another level altogether. He is a very close childhood friend of mine and knows my sensibilities well. So, it helped him score freely and his BGM is getting good appreciation which is very good to see.

Tell us about Siddhu, Shraddha, and Shalini, the lead cast are so impressive?

Yes, Siddhu and I have been close friends and he was the perfect choice to play Krishna because he looks one among us. It was Shraddha’s first film and now she is a proven actress. Many are liking Shalini’s work and she has done a superb job. I want to thank all my other actors who were so supportive through the making.

Your wife, singer Veena has dubbed for the film. Tell us about your love story?

She has been the biggest pillar of my life after my parents. She has been through thick and thin with me in these last two years. I met her in a dubbing studio during Kshanam and we hit it off from there and finally dated and got married.

Has this film been made from your personal experience?

You can say that in a way. That is the reason I said the film is based on true rumors. We made the film in a tight budget and got the best result possible. I thank my producers and team for doing a great job and making things work for me.

I am writing a film based on motivation now and will soon finish the script. As of now, I am truly enjoying this day which I was waiting for four long years. The film’s success has given me a big relief in my life and the future.

With that, we ended our interview with Ravikanth Perepu and wished him the best of luck for his future projects.