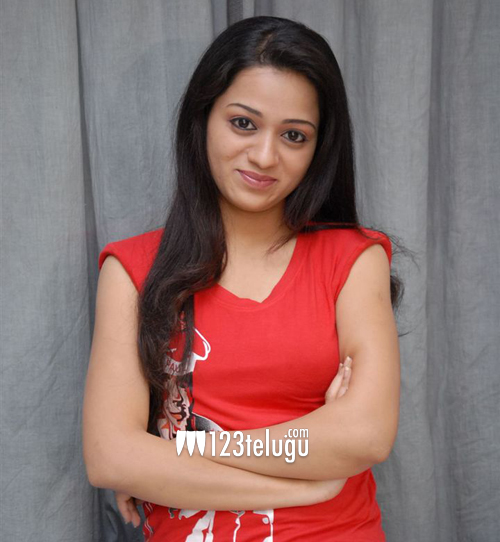 Reshma of ‘Ee Rojullo’ has made her debut through Small screen with ‘Mogali Rekulu’ Serial and is a Native of Andhra Pradesh. She has been consistently doing films after ‘Ee Rojullo’ and got good recognition for her acting skills. On the eve of her Birthday, we met her and had a special interview with her. She spoke her heart out on various things including her likes, her passion for Tollywood and also on her upcoming projects. Here are the snippets from her interview:

Q) Firstly, We wish you a happy birthday and also a happy Diwali. How is your feeling celebrating the two occasions on the same time?

Q) Good, What made you get in to movies? How did you get your first chance?

a) I used to love movies since my childhood. Out of that interest I acted in few commercials and thereafter acted as ‘Pallavi’ in ‘Mogali Rekulu’ serial. Immediately after that, Bellamkonda garu gave me a good role in Venkatesh’s ‘Body Guard’. During that time, production manager of ‘Ee Rojullo’ saw my pics and scheduled my audition. Director Maruthi garu asked me to enact few expressions and he finalised me for the role. In that way I got my first chance as a heroine.

Q) Tell us something about your family? How did they react to your decision to get in to films?

a) My Mom is an advocate and Dad used to work in Singareni. Both of them are well educated and they didn’t object my decision to get in to films. But, Dad emphasised the importance of studies and asked me to finish my studies first. So, I completed my Degree in Law and then became a heroine. I always had complete support from my Dad and Mom.

Q) What was the best compliment you received after your first movie?

a) After watching the movie, Dada Saheb Falke awardee Dr D Ramanaidu garu called me and appreciated me for my acting which is very special to me. Later Dasari garu, Dil Raju garu, Tamma Reddy Bharadwaj garu and Bellamkonda Suresh garu too appreciated me.

Q) People who watched you for the first time on screen said that you look like Trisha, What is your take on that?

a) I earlier acted alongside Trisha in ‘Bodyguard’, I felt very happy for comparing me with a talented actress like Trisha. In fact with that compliment I am doing my films with more enthusiasm and People also said that apart from features, Reshma has got a separate style in acting which made me feel very happy.

Q) What were the personal problems you faced after debuting as a heroine in Tollywood?

a) I did not face any problems and in fact Telugu industry is looking after me like a mother. We usually keep hearing that native Telugu girls face a lot of problems in the industry which is not correct. Telugu industry always encourages people with good Talent. Because of the wide spread allegations on the Industry, most of the girls are afraid to get in to the industry. I can very confidently say that you will surely get offers if you are talented and I am the best example for that. After the success of my first film or during the failure of my second film, I didn’t migrate to Tamil and Kannada industries in search of offers. I am doing films only in Telugu and I love working in Telugu films. Moreover, we should never talk bad about our own industry.

Q) You are not showing interest in Tamil and Kannada movies, In case you get opportunities over there, what will you do?

a) I got and I am still getting lot of offers from Tamil industry after the success of my film ‘Ee Rojullo’, but right now my only priority is to work in Tollywood. Coming from outside and getting recognised is a different case and being a native girl, getting good recognition in Tollywood is a great pride. Because people have recognised my talent, I am getting good offers. Apart from that, the kind of respect, recognition and support that I am getting from the industry is unforgettable. In case I get performance oriented roles from other industries I might work there, but I always choose Telugu over other languages.

Q) What are your present projects?

a) Right now I am working in the direction of Tamma Reddy Bharadwaja gari’s ‘Prathi Gatana’ in which Charmme is playing the lead role. I am also playing a crucial role in the movie and it is going to be quite different from the characters I have done till date.

Q) How did you get the offer of ‘Prathi Gatana’?

a) I acted alongside Tamma Reddy garu in a film called ‘Love Cycle’. I have known him for a long time and being a senior director he asked me to do a role in his film and I immediately agreed to it.

Q) On one hand you are getting offers as a heroine, and then what is the necessity for doing a support role? Will you act in such roles in the future too?

a) Like you, many people asked me why I was doing a support role after getting a huge success as a heroine. But I didn’t bother about them, ‘Prathi Gatana’ is a movie which revolves around the concept of atrocities on women in the society and whenever I read about such incidents, I break down immediately. I wanted to contribute something from my side and have accepted this role. I will only be doing heroine roles in the future. If at all I get performance oriented roles like the one in ‘Prathi Gatana’ then, I might do support roles.

Q) Who is your favourite director and who is one director with whom you want to work definitely?

a) I like Krishna Vamsi gari’s direction a lot and I like all his films. Every movie of his is registered in my mind. He also projects his heroines beautifully. I sincerely pray to god to give me a chance to work with him (Smiles). I also like the direction of SS Rajamouli garu.

Q) Who is you favourite hero?

Q) In case you are offered a movie with Pawan Kalyan, How will you feel in that moment?

a) (Laughs) There should be a limit to our aspirations. (Laughs) I am not expecting so much. But I can proudly say that I am a fan of Pawan Kalyan.

Q) Among our senior heroines, who is your inspiration?

a) I like Soundarya and Vijay Shanthi. Soundarya is a very natural actress and I always wanted to meet her at least once. Unfortunately, she died at a young age and I cried a lot when she was dead. I love the role of Vijay Shanthi in ‘Prathi Gatana’. If at all I get a role like that I will surely take it as a challenge and will work very hard to do that role.

Q) Do you have any dream roles?

a) Yes I do have, I love the character of Aishwarya Rai in ‘Jodha Akbar’ and would love to act in such a role if I am offered. You can use the complete talent of the heroine with such roles.

Q) In the movies you acted till date, do you have any memorable incidents?

a) To be very frank, there is a scene in ‘Body Guard’ in which Venkatesh garu and Ali garu are dressed up in lady get ups and dances for ‘Poovai Poovai’ song. That shoot has happened on my birthday in 2011 and I had the feeling that I invited everyone to my house for my birthday party and that incident is a memorable one for me.

Q) Apart from movies, what do you do in your free time?

a) My ambition is to become a Magistrate. Due to my film commitments, that is not possible now. I do keep reading things about that and after I retire from films, I will surely be a Magistrate.

Q) Are you doing any other projects apart from ‘Prathi Gatana’?

a) Right now I am listening to a script and it’s not yet finalised. In two weeks I will reveal complete details about that project.

Q) Finally what would you say to our Telugu audience?

a) I can never forget the kind of support I am getting from the Telugu audience. I was born here and I am getting name and fame here itself. I am not going in to Tamil, Kannada and Malaya languages because of Telugu audience and I will be indebted to them for that.

With that we have ended our conversation with Reshma who gave frank and lovely answers to our questions. We wish to see her dreams come true and to get more name and fame in Tollywood.