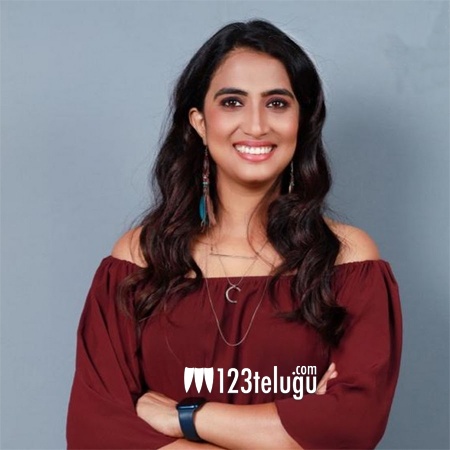 Aasmi is a small-budget film that will be out soon. Rushika Raj is playing the female lead in this film and on the eve of the film’s release, we caught up with Rushika for an exclusive interview. Here is the transcript.

I am born and brought up in Bangalore and always wanted to get into films. I have done a few Kannada films as well but Aasmi is my debut Telugu film and I am super excited about it.

I am playing Aasmi who is facing so many issues in life. How an introverted girl who is in depression all the time gets into more problems and how she comes out of it is the basic plot of the film.

One of the managers of the banner found me and approached me for the role. I did an audition and the makers liked my performance and roped me in. Now, here I am promoting the film and excited to see the audience’s reaction.

Tell us about the preparation for this role?

As the entire story is based on my role, I had a bit of confusion about whether I would be able to pull it off or not. But the director helped me out big time. As the film also had a good message for girls, I took things personally and played the character.

Tell us about your director Sesh?

It is also a debut film for him and he too is quite excited about the outcome. He has worked so hard on the subject and narrated the film in a very emotional manner. The message which he has given through revenge drama is good.

How are you planning your career here in Tollywood?

I am here to become a good actress and am not looking at leading roles only. If the role is good, I will surely do it even the screen time is small. I hope this film will open more avenues for me.

Do you have any role models in Telugu cinema?

Yes, I am a huge fan of Anushka Shetty. The manner in which she has done films and maintained her dignity is what I want to follow as well in the days to come. I hope the Telugu audience appreciates my sincere work in Aasmi.