Exclusive Interview : Sakshi Chowdary – I take Anushka as my inspiration
Published on Jul 22, 2015 10:56 am IST 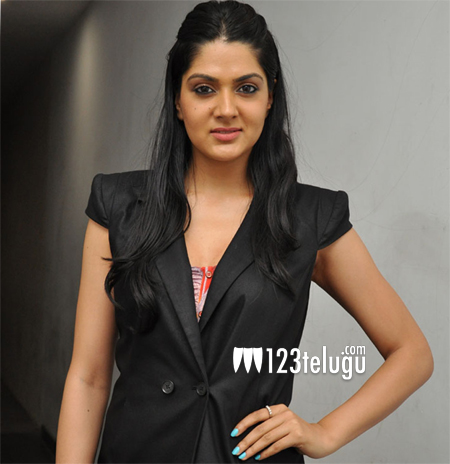 Sakshi Chowdary made her debut with a small role in Manchu Manoj’s Potugadu. She is back now as the leading lady in Allari Naresh’s James Bond. On the eve of the film’s release, we caught up with Sakshi for an exclusive interview. Let’s see what she has to say.

Q) Are you tensed about your film’s release ?

Absolutely not ! I am actually a bit impatient and want my film to release as soon as possible. I am also very eager to find out the audience feedback about my performance.

Q) Tell us about your role ?

Even though this is my second film, I am treating it as my debut. I play the role of a female gangster who is quite strong and gritty. I did a lot of stunts in the film and had a lot of fun.

Q) What was the biggest challenge in doing this role ?

This is not a typical glamorous role and I found it a bit tough to get into the feel of the character initially. Once I shot for a few days, everything went on smoothly.

Q) How was it working with Allari Naresh ?

Both of us are quite similar in nature. He is quite shy like me and we interacted quite well during the shoot. He is a master at comedy and will once again impress everyone in this film too.

Q) What kind of expectations do you have with this film ?

I have decent expectations with this film and am very open minded about the response.

Q) Tell us about your director Sai Kishore ?

Sai was a wonderful support during the making of this film. He helped me a lot for my role and has etched out this comic caper quite well.

Q) How was it working with A K Entertainments ?

Oh ! they are an absolutely delightful to work with. They gave me a key role in their film and looked after me wonderfully during the shoot.

Q) What kind of films do you want to do in the future ?

I like Anushka a lot and want to do projects like she has done in the past.

Q) Are you working on any other projects now ?

I am currently working on a Hindi film in the direction of musician turned director Ismail Darbar.