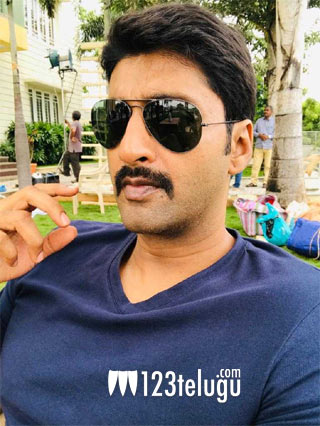 Continuing the lockdown interview series, today, we bring you an exclusive interview with noted actor Venkat. In a detailed conversation, we spoke to him about his career, not doing more films, OTT entry, and his favorite actor in Tollywood now. Here is the transcript.

How is the response to your film Run?

Well, the response has been decent. Frankly, some are liking it and the others felt it could have been better. The viewership for the film is increasing with each passing day and it makes me happy. Personally, I am getting messages that it was good to see me on screen after a long time on screen.

Both Krish garu and Rajeev Reddy came to me with this offer. The set up was good and moreover, it was for Allu Aravind’s AHA and as I had a close association with Chiru sir and Aravind garu since Annaya, I took the OTT plunge.

Why did you take such long breaks?

I was tired of doing films that did not have much exposure. To get such a small film released, I had to take more effort and when it managed to release with good talk, it was out of theaters in no time. So, that’s the reason, I decided to work less and do good work.

Is that the reason, you chose the OTT platform?

In a way yes. The dynamics of movie making have changed with the advent of OTT. It has given a new lease of life for actors like us who need not be worried about the openings and other tensions. If your work is good everyone will see it. Also, there is some solid content that is being made these days and it was the right time to make a comeback I felt.

Has your approach changed in second innings?

Yes. All of us want to do hero roles but that does not happen at all. Times have changed and now it is all about doing important characters which will have a good scope. Actors like Nawazuddin and Manoj Bajpai are doing that now which is so cool and I want to do it as well.

Why do you maintain such a low profile?

I am not a person who will be on social media just to make my presence felt. I cannot do that show off things. Coming to my career also, I didn’t want to small roles that were coming from even big production houses that had no weight at all. I am happy with my own business and am busy with it.

Any hero that has impressed you big time in the recent past?

Recently, I saw Allu Arjun’s Ala Vaikunthapuramlo and was surprised by Bunny’s performance. The maturity in his dances, performances reminded me of Chirnajeevi garu. He has transformed into a superstar now.

I have close to three web series as of now. One is with Annapurna studios who launched me as a hero and the other two are with new directors. Also, I am doing a key role in Sushanth’s Ichata Vahanamulu Nilaparadu.

OTT has me think hard. People whom I am not in touch with are coming to me with work. I have taken the plunge with Run and will be here for long. I am getting to do solid roles now and feel that my best phase as an actor has started now.

With that, we ended our interview with Venkat and wished him the best of luck for his future projects.