Exclusive interview : Vivek Sagar – Today’s commercial music is not for me
Published on Sep 7, 2017 4:05 pm IST 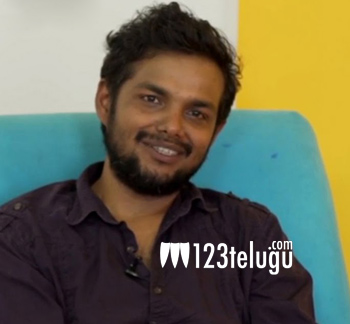 Musician Vivek Sagar impressed everyone with his hit music in Pelli Choopulu. Naga Chaitanya’s Yuddham Saranam is his second film which is ready for release. On this occasion, we caught up with him for an exclusive interview. Here is the transcript.

Did you ever think that Pelli Choopulu will be such a huge hit?

No! I always believed in the script and took a lot of time to compose music for that film. But I never thought that it will touch such heights. My work was appreciated and everyone got their due. What else I want.

Oh! It is completely a different set-up and the tone of the film itself is unique. This is a completely screenplay based film and every song is made in regards to the situation of the film.

How was it working with a debutante director all over again?

I had a great time working with Krishna. We exchanged a lot of emails about the various effects we want to use in the film and made sure that the music sounds realistic most of the time.

How do you start composing for a film album?

For me, the director’s vision is most important. I hold a lot of meetings with the director and make sure that his vision is incorporated into the music score. Once I am in a sink with his ideas, I give him a lot of options to choose from.

What is your take on today’s commercial music?

I clearly feel that very soon the commercial music will get eradicated and only subtle music scores which will take the story ahead will come into existence. As of now, everyone has their own space and I don’t belong to the commercial bracket.

Even after Pelli Choopulu’s success, you maintained a low profile. Why is that so?

I always feel that our work should talk rather than we shouting from the roof tops. I could have easily signed four or five films after Pelli Choopulu and cashed in on my craze. But I chose quality content to prove my mettle.

So, if someone asks you to score for a commercial film. Will you do it?

I would clearly reject the offer. I feel that 90% of the musicians are doing the same commercial stuff and I want to stand in that ten percent who take their time but give out the best.

I am doing Pelli Choopulu fame, Tarun Bhaskar’s upcoming film which will go on floors soon.