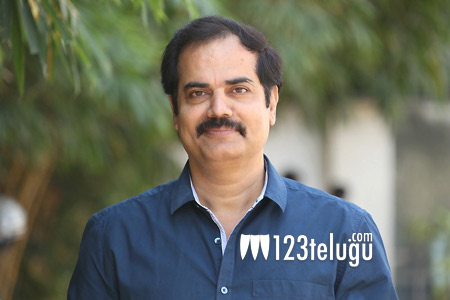 Talented director Kishore Pardasani (Dolly) who had earlier directed Pawan-Venky’s multi-starrer Gopala Gopala once again got a rare opportunity to direct Pawan Kalyan in Katamarayudu. This film has hit the screens last Friday and is running successfully. On this occasion, we had a small chitchat with Dolly. Here is the transcript.

Q) Tell us about the movie’s​ collections?

A) On Friday, the movie opened to packed houses and registered solid numbers at the box office. There was a slight decline in collections on Saturday, but the film again picked up with evening shows and had a solid Sunday too.

Q) How did you​ get a chance to work on this film?

A) After Gopala Gopala, I was preparing my own script to work with Pawan, but unexpectedly, I got a call from Kalyan sir. He had asked me to watch the Tamil film Veeram and work on that story to adapt it to Telugu nativity.

Q) Why do you always prefer to do remakes?

A) I just don’t copy paste the original versions. If you see my films you can easily identify the difference. If anyone approaches me to do a remake, I will make enough changes in the script and try to mould it to our sensibilities.

Q) What changes did you make for this film?

A) We retained the basic plot of the film as it is and completely changed the first half of the film. If you see the film, you can easily understand that change.

Q) General talk is that the second half of the film is a bit weak. What’s your comment on that?

A) What I feel is that the actual story of the film will be in the second half. The first half of the film is entertaining, but at one point we should tell the story or the film becomes​ slow. It’s quite common in commercial films.

Q) Talk is that Shruti Haasan is a minus in the film. What do you have to say?

A) No, she acted well and gave a good performance in the film.

Q) How did you handle Pawan Kalyan?

A) If you have clarity on what you are telling, it’s not a big problem to handle stars, be it Pawan Kalyan or Amitabh Bachchan​.

Q) How is it working with Pawan Kalyan for back to back films?

A) It is always a nice experience working with him. Many rumors came in that he is very moody and walks out from the sets, but that is not true. I enjoyed working with him and personally I would love to spend more time with a person like Pawan Kalyan.