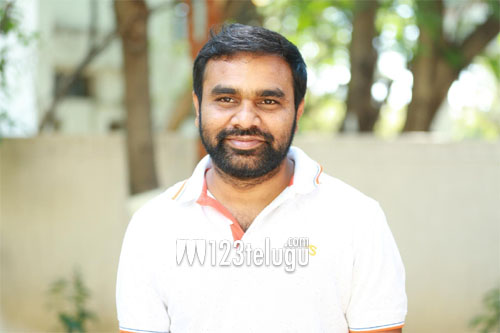 Hero Sharwanand’s emotional rural drama, Sreekaram has been receiving a positive feedback from the audience. On this occasion, we had a brief interview with the film’s director Kishor. Here is the transcript.

A) For the past four years, me and my team have been working on the film’s script. Today, the response and appreciation we have been receiving from all quarters is truly a huge compliment for us and we are enjoying this success. I wholeheartedly thank my producers for giving me this opportunity.

Q) How did you get the opportunity to direct Sreekaram?

A) I worked as an assistant director on a couple of movies in the past and then started making short films. One among them is Sreekaram, which I made in 2016. After watching the short film, producers Ram and Gopi called me and asked me to develop the same story for a feature film. That’s the story behind Sreekaram.

Q) What is your family backdrop?

A) I came from an agricultural backdrop. My father is a farmer in Chittoor district.

Q) Why did you choose such an emotional content for your first film?

A) I prepared the script by observing true events in the society. Moreover, being an MBA graduate, I always wanted to go back to my hometown and do farming. So, the script has been developed out of my curiosity and enthusiasm.

Q) Will you continue to make films that reflect the society going further?

A) I never wanted to stick to a specific genre. I may take up a different genre for my second film. Except for horror films, I’m open to making any kind of films.

Q) Was casting Sharwanand your choice?

A) After wrapping up the script work, me and my team sat with our producers and unanimously decided to cast Sharwa for the role.

A) As of now, I’m working on a few scripts and I will let you know further details soon.