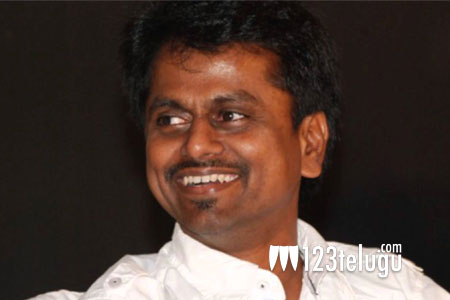 Spyder is one film which is being hugely awaited all over. Not much is known about the film as the makers have kept things under wraps. For the first time, director Murugadoss has opened up about the film in a detailed interview. Let’s see what he has to say.

Your association with Mahesh Babu?

I happened to see Okkadu and was mesmerized with the all-round performance of Mahesh. During the making of Stalin, writer Paruchuri Venkateswara Rao introduced me to Mahesh. There I revealed the fact that I wanted to make a film with him. As we got busy, things did not happen for all these ten years.

What made you cast Mahesh for Spyder?

The moment I thought I would make a spy thriller, Mahesh was the first person that came to my mind. He has the looks, aura and mass following which needed for the role. Also, I wanted someone who could speak Tamil as the film was bilingual. Mahesh was the obvious choice and he okayed the film right way and things fell into place automatically.

Why is the film taking so much time to wrap up?

Making a bilingual is no joke. The set up is so huge that every shot was changed for both Tamil and Telugu. Things move at a slow pace when a bilingual is involved. Moreover, it is an action film so a lot of special effects are involved. The post-production is on in several countries and all these are taking a lot of time. Only a song is left and rest of the works are complete.

What made you choose Rakul Preet Singh?

Initially, we thought of roping in a top heroine from Bollywood but we backed out at the last minute. As the film was made in two languages, I wanted a heroine who would know the language as it would save time for us. Rakul was the first choice and she was brought on right away.

I am just amazed seeing the dedication of Mahesh for this film. For about 80 days, we only shot at nights and he did not complain even once and always used to come on time. He is a director’s actor who gives what you want. No one in India could have pulled off the role of Spyder the way Mahesh did. I have become his fan now.

What does the Spyder do in the film?

Everyone thinks that it is a device oriented spy thriller. But the Spyder is only a part and there are various other social and emotional elements which make the film even more interesting. The film has an underlying message which has been told in a very interesting way through the intelligence agencies in India.

Did you make any changes for Tamil and Telugu?

No, the story is based in Hyderabad and even for the Tamil version, the setup is shown as Hyderabad. I am a person who keeps changing things at the last minute and for Spyder too, so many changes were made after a lot of discussions.

Why didn’t you make the film in Hindi as well?

Right from the day I wrote the script, I felt that I would make it in Tamil and Telugu only. Even though the film has pan India appeal, making a bilingual itself was hectic.

About Mahesh’s popularity in Tamil?

From the past few years, everyone knows Mahesh very well. He is a huge star in Tamil Nadu and to make things interesting we are having a grand launch for him on the 8th of September. Mahesh has dubbed so well in Tamil that even I was surprised after seeing the output. He will be an even bigger star after Spyder.

Working with the producers?

I knew Madhu garu from Tagore days and even Mahesh wanted him as the producer for this film. The amount of support the makers have given for this film is unparallel. Without their support, things would not have turned out the way they did.

I have a few scripts in mind and have also narrated a story to Rajni sir who liked it immensely. For now, I want to take a break for at least three to four months and then focus on my next. It will surely be a Tamil project.