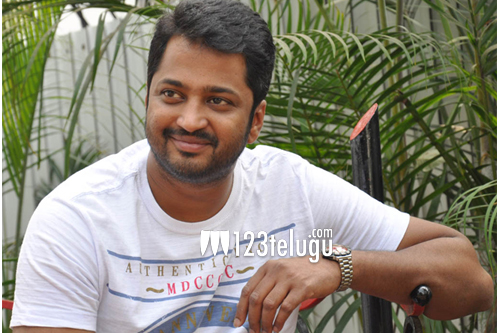 Hero Aryan Rajesh, is carrying his dad’s legacy forward and is making films on his dad’s banner E V V Cinema. His latest presentation is Bandipotu which stars his brother Allari Naresh. On the eve of the film’s release, we caught up with Rajesh for a brief interview. Let’s see what he has to say.

Q) What is the current status of your film ?

Our film is currently in its post production phase. The censor formalities will be completed on the 27th of this month, and we are looking for a February first week release.

Q) What is your aim as a producer, and how was the whole experience making this film ?

I want to take my banner to greater heights, and produce some meaningful movies like Yash Raj Films in Bollywood. There was a lot of tension around me as I had a lot of responsibility on my shoulders.

Q) What is Bandipotu all about ?

It is an out and out comedy film in true Allari Naresh style. Right from the first frame, there will be loads of entertainment.

Q) How was it working with the director Mohan Krishna ?

Oh ! I had a wonderful time. Mohan is a director with absolute clarity. Even though there were some seasoned artists in the film, the way he has handled everybody’s role is quite good.

Q) Tell us about Naresh’s role in the film ?

As the title suggests, he is involved in several robberies in the film. He has done a wonderful job and will entertain you completely.

One of my Telugu films, Pakdo Pakdo is nearing completion. I have two other Tamil films in the pipeline and most importantly, I am doing a villain’s role in a big production banner.