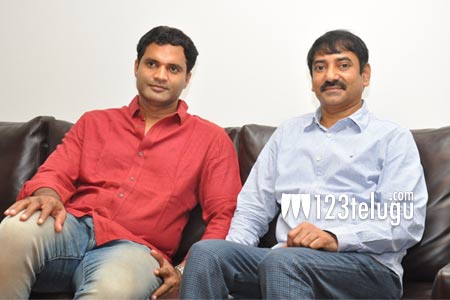 The Allari Naresh, Sunil starrer, Silly Fellows is gearing up for a September 7th release. On this occasion, we had a brief discussion with this film’s producers Bharat Chowdary and Kiran Reddy. Here is the transcript.

Q) How confident are you about the film’s success?

Previously, we produced successful films like Nene Raju Nene Mantri and MLA. With this film, we are expecting a hattrick of hits as the film has shaped up quite well.

The film mainly runs on Sunil and Naresh’s characters. What kind of situations they face in life and how they overcome them is narrated completely on an entertaining note. In one word, Silly Fellows is a wholesome family entertainer.

Q) Talk is that you are planning for a sequel to NRNM, Is it true?

No. As of now, we are not having any such plans. If our director Teja prepares a good script then we will sit with our presenter Suresh Babu and think about the second installment.

After watching the film, producer Anil Sunkara acquired the theatrical rights of this film for Nizam and three more districts in Andhra. For the rest of the areas, buyers have bought the film for fancy prizes. We have closed the deal on a satisfactory note.

Q) Tell us about the other aspects in the film?

Music plays a very prominent role in the film. Though the film has only two songs, Sri Vasanth’s background score elevated every scene in the film nicely.

Q) Rumors is that your next film will be with NTR. Is it true?

No. We are not ready to make such high budget films at this point in time. We are taking the baby step and will soon do films with star heroes as well.