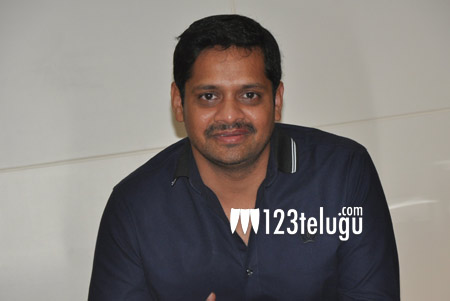 Bhale Bhale Magadivoy has been creating a lot of buzz recently. The film is up for a release this Friday and on this occasion, we caught up with young producer Bunny Vas for a brief interview. Let’s see what he has to say.

Q) What made you to launch Geetha Arts 2 ?

Geetha Arts is prestigious banner in Tollywood which made some successful films. As the new generation is setting in, me and Allu Sirish planned to make some innovative and medium budget flicks on GA 2 banner. We will give chance to some fresh directors and upcoming actors.

BBM is the first film in GA 2 banner. I have seen the film today morning and am super confident about the film’s success. Maruthi has done a wonderful job with the script which will entertain everyone.

Q) How was it working with Nani ?

Nani has taken this film to another level with his stunning performance. He is one of the most talented actors and Maruthi has blended his energy in a right way.

Q) How different is BBM from Maruthi’s previous flicks ?

This film is a clean romantic entertainer which will be liked by every section of the audience. Maruthi has come up with a subject which is filled with entertainment from the word go.

Q) Reports reveal that Bunny and Prabhas have already watched the film ?

Yes ! both of them watched the film and were quite happy with the film’s output.

Q) What are the upcoming projects in GA 2 banner ?

We have a film with Raj Tharun and also a project lined up in ETV Prabhakar’s direction.