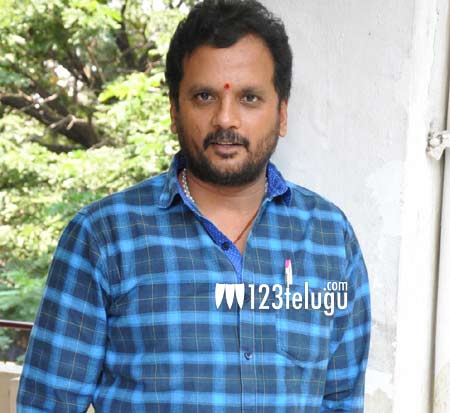 Continuing with the trend of low budget films, yet another interesting project which is up for release tomorrow is Red Alert. Directed by the talented Chandra Mahesh, this film has mostly new comers in lead roles. On the eve of the film’s release, we caught up with the director for a brief interview. Let’s see what he has to say.

Q) Why has the film been delayed for such a long time ?

As we made the film in nearly four languages, the post production took a lot of time. The film has come out quite well and we hope the unique concept will connect with the audience big time.

Q) What is the film all about ?

Red Alert is based on a terrorist activity and how few youngsters get stuck in this chaos. For the very first time, a film which has a serious subject is being told in a funny manner. I hope everyone will like our attempt.

Q) Whose idea was it to make the film in different languages ?

Initially, I decided to make this a straight Telugu film. After hearing the script, it was our producer Sri Rami Reddy who suggested us to make it in multiple languages.

Q) Tell us about the star cast of the film ?

Our producer Rami Reddy’s son, Suresh is playing one of the leads in the film. Others stars like Suman, Bhagya Raja, Sunitha Chowdary and Ali play crucial roles in the film.

Q) How has your journey been so far in Tollywood ?

I had a few ups and downs in my career and hope to direct more films with interesting concepts in the future as well.

Q) Your debut project, Preyasi Raave was a huge success. How did you bag it ?

It was the late Rama Naidu who nurtured my talent and encouraged me a lot during my early days in Suresh Productions. After working as an assistant director for several films in his banner, Naidu garu gave me the responsibility of directing Preyasi Raave. The film was a huge hit and stars like Chiranjeevi appreciated me a lot for my work.